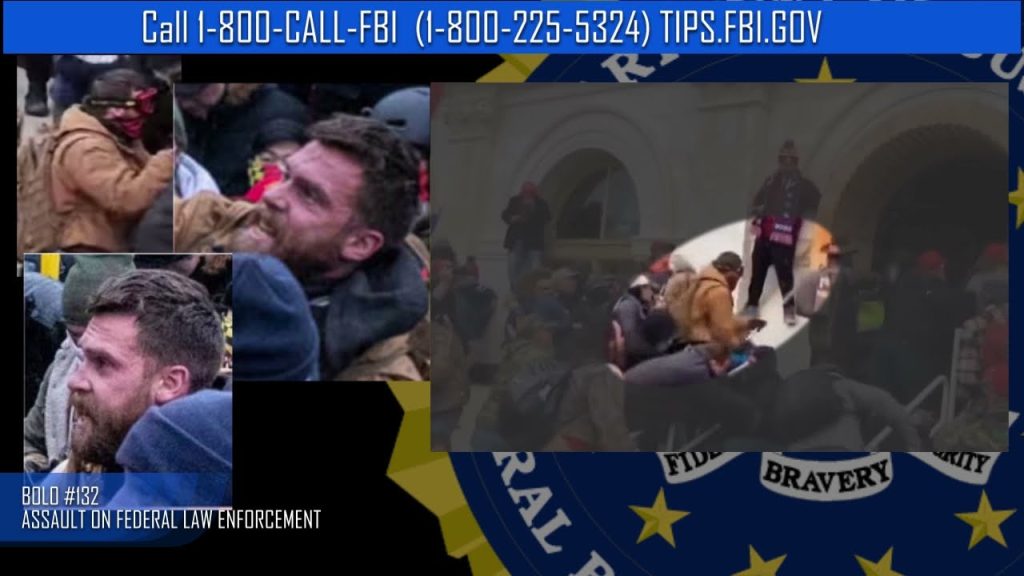 WASHINGTON, D.C. - An Iowa "Q-Anon" believer who stormed the U.S. Capital during the January 6 riot was found guilty of 7 felonies.

WASHINGTON, D.C. – An Iowa “Q-Anon” believer who stormed the U.S. Capital during the January 6 riot was found guilty of 7 felonies.

According to the Justice Department, Douglas Austin Jensen of Des Moines, Iowa, traveled to the District of Columbia to participate in a rally and protest at the U.S. Capitol. Jensen is an adherent of “QAnon,” also known as “Q,” and wore a “Q” t-shirt to the protest. Jensen was among the first members of the crowd to push his way inside the United States Capitol and, in doing so, he refused multiple orders by a uniformed Capitol Police officer to stop, place his hands up, and back up. Video footage from January 6, 2021, which has since been published by The Guardian—an international news media company, shows Jensen leading a crowd of followers inside United States Capitol.

As the crowd moved forward, a lone Capitol Police officer ordered Jensen to stop and put his hands up. Rather than comply with the order, Jensen led the crowd toward the officer in a menacing manner, causing the officer to retreat and repeat his commands. Jensen continued to lead the crowd toward the officer. When the retreating officer reached a staircase, the officer turned and ran up a flight of stairs in an attempt to get to back up. The video footage captures Jensen chasing the officer up the stairs and shouting at the officer. Twice more, the officer orders Jensen to stop and raises his hand to keep Jensen from advancing. Both times Jensen continued to advance in a menacing manner, with the crowd following behind him, forcing the officer to continue to retreat. The officer was able to retreat to an area occupied by several additional Capitol Police officers, at which point the officers were able to stop Jensen and the rest of the crowd from advancing.

On January 8, 2021, Jensen turned himself in to the Des Moines Police Department and said that he wanted to talk to someone because he thought he was in trouble. An FBI Special Agent and a Detective from the Des Moines Police Department interviewed Jensen in an interview room at the station. Prior to conducting the interview, Jensen was informed that the interview was being conducted voluntarily at his request, and that he was free to leave. Jensen was also informed that the interview was being recorded. During the course of the interview Jensen admitted that he was the person seen in the video published on The Guardian. Jensen specifically admitted chasing the Capitol Police officer up the stairs, and that he refused to obey the officer’s lawful orders. Jensen stated that he intentionally positioned himself to be among the first people inside the United States Capitol because he was wearing his “Q” t-shirt and he wanted to have his t-shirt seen on video so that “Q” could “get the credit.”

CBS reports that “Jensen has violated pretrial release restrictions on cellphone use by watching a cellphone video feed of MyPillow CEO and Trump ally Mike Lindell.”