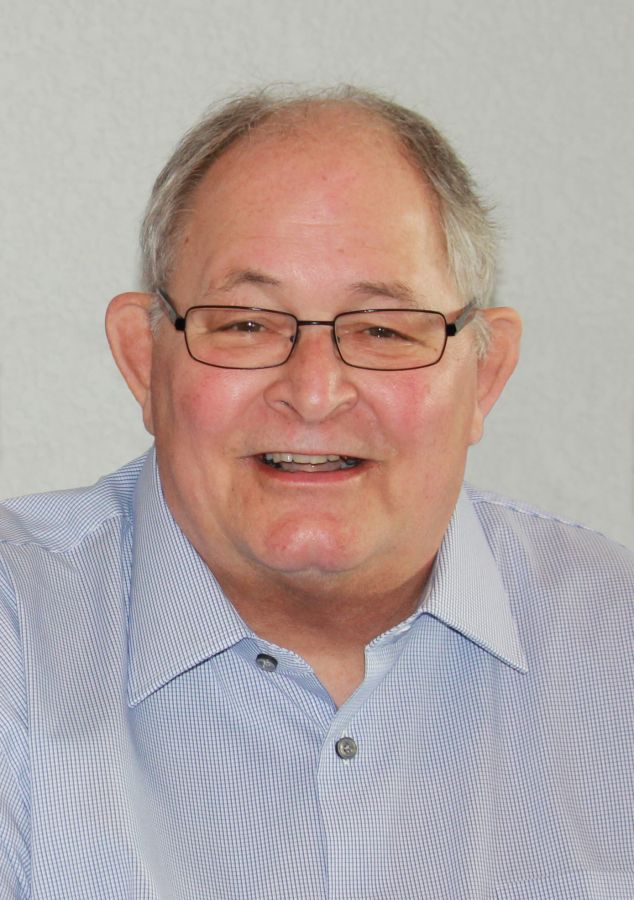 A funeral Mass for Steve Kajewski, 69, of Algona will be held Tuesday at 10:30 AM at Divine Mercy Parish ~ St. Cecelia Catholic Church in Algona. Burial will be in Calvary Cemetery. Visitation will be from 4 to 7 PM Monday at Oakcrest Funeral Services of Algona with a Knights of Columbus Rosary beginning at 7 PM.

Stephen Joseph Kajewski was born on July 28, 1952, in Algona, son of John and Elvera (Thill) Kajewski. He grew up in Algona where he graduated from Bishop Garrigan High School in 1970. In January of 1978, Steve married Diane Engelbarts where they went on to have eight children together: Nate, Amy, Angie, Abby, Jason, Ashley, Nick and Allison. Later, they divorced.

Steve’s career consisted of working at Merryman Bridge Construction for a few years before starting his 40.5 year career at Algona Municipal Utilities as a lineman then transitioning to the office as Staff Assistant. Steve retired from AMU during the summer of 2016. He also spent time working at Pioneer during his career where he performed several different roles including mowing, sweeping, detasseling and derouging. Through his several roles, Steve built strong relationships with many members of the community.

While Steve was dedicated to his career, his greatest accomplishment in life was his family. He prided himself on raising smart, strong, and kind children, blessing him with the title of grandpa; a role that he loved. Steve loved being an active part of his children’s lives. He loved coaching their sports, volunteering at wrestling tournaments, fishing, and camping with family. He also helped work the CCD program for the church.
Outside of his family, Steve enjoyed spending time with his friends, golfing, collecting coins, and being an active member in his church and community. In his younger years, he enjoyed playing slow pitch softball, card club, and horseshoes. Steve was a member of St. Cecelia Catholic Church and the Knights of Columbus. He was truly a giving man that would do anything for anyone that needed help.

Stephen J. Kajewski died Wednesday, July 13, 2022 after a lengthy battle with prostate cancer. He was 69.

He was preceded in death by his parents; his daughter Ashley Kajewski; his brother, Mike Kajewski; and a niece and nephew, Aubrey and Tony Lane.