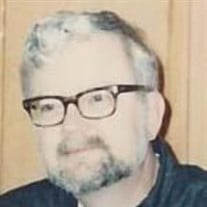 A celebration of life will be held 11:00 am Friday, February 11, 2022 at Fullerton Funeral Home, 123 2nd ST SE, Mason City. Officiating will be Pastor Karen Young of the First Congregational Church. Visitation will be one hour prior to service. Dick has donated his body to the University of Iowa anatomical department.

Richard was born August 7, 1936 one of two children to Raymond Harold and Margaret “Helm” Tierney in Spencer Iowa. They moved to Mason City when Dick was six. He graduated from Mason City High School in 1954. At age 15 he began his path as a Poet, Novelist and short story writer. In his journeys across the country he continued his education usually in communities of other writers. He graduated from Iowa State College in Ames with a B.A. in entomology and then worked for over 13 years in the US Forest Service. Most of the time was spent in Alaska, classifying insects. He then worked in a lab in Berkley, CA for three years, and later in book stores in Minneapolis, MN. He also had worked at the Boy Scout Boundary Water camp and in the past years he delivered many meals on wheels in Mason City. It would be an understatement to describe Dick as a life-long learner. In a group discussion recently, he commented that his best friends were his books, which he eagerly shared with others. In several settings in Mason City, Dick has been a faithful, enthusiastic member of adult discussion groups including his long-time membership in the Unitarian Universalist Society, United Church of Christ group, and the First Presbyterian Church bible study and adult forum. His contributions to any discussion were legendary, with his vast knowledge in ancient history, world religions, weird and fantastic poetry, cartooning, mythology, wildlife management, entomology and many other areas, He shared his knowledge graciously, as well as being open to learning from others. The public library was another close friend. Dick is especially renowned for his weird and fantastic verse, which has been acclaimed by such critics, writers, and poets including S.T. Joshi, Don Herron, Ramsey Campbell, Robert M. Price and others. He was presented with the annual Minnesota Fantasy Award. He was also nominated for Science Fiction Poetry Association Grand Master in 2010. He has a lengthy bio on Wikipedia. He was a co-author of the Red Sonja, and Gitta series. He wrote “The House of the Toad” and “The Drums of Chaos”. He also authored many poems and short stories.

He is survived by his sister Delores “Dee” and her husband Roger Hunt of Nora Springs, Iowa and his niece and nephew, Peg and Matt and grand nieces and nephews and a good friend, Bryan Clark.

Preceding him in death are his parents and a nephew Roger “Joe” Hunt, Jr.