SIOUX CITY – An Iowa woman who unlawfully obtained SNAP (sometimes knows as food stamps) funds for her household was sentenced September 3, 2019, to time served and restitution.

Jessica Martinez-Roque, age 34, from Fort Dodge, Iowa, received the sentence after a guilty plea to one count of theft of government funds.

In a plea agreement, Martinez-Roque admitted that between about May 1, 2014, and January 31, 2019, she knowingly lied on application forms to acquire Supplemental Nutrition Program (SNAP) funds, to which she knew she was not entitled, in the sum of $34,656. 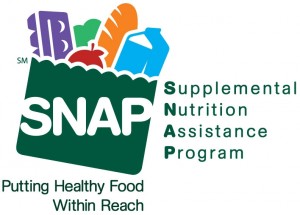 SNAP, formerly Food Stamps, is a federally funded program, administered by the states, that assists households in purchasing food.  Households must meet income, resource, and various non-financial eligibility criteria in order to qualify for said benefits.  The amount of monthly assistance is dependent upon reported income and the number of individuals within the household.  Martinez-Roque reported on her Iowa Department of Human Services (DHS) applications and review/recertification eligibility documents (RREDs) that she was not employed or only worked short periods of time.  She failed to report the father of her three children was living in the home and working full time.  Properly reporting his  income would have made her household ineligible for benefits.