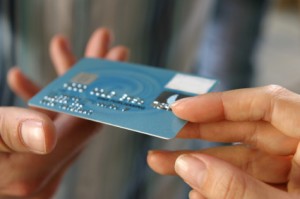 DES MOINES – Attorney General Tom Miller is proposing legislation to eliminate fees most Iowa consumers now pay to freeze unauthorized access to their credit reports, as well as fees credit reporting agencies can charge Iowans to undo the freeze, which are currently the highest in the nation.

While Equifax agreed to temporarily waive its credit freeze-related fees following heavy criticism by the public, state attorneys general—including Miller—and federal lawmakers, most Iowa consumers still must pay to freeze and lift credit report freezes from each of the two other major credit reporting agencies (CRAs)—Experian and TransUnion.

Credit freeze-associated charges vary by state, and several states prohibit certain fees. While Iowa law forbids CRAs from charging credit freeze-related fees for confirmed identity theft victims, the law permits CRAs to charge most Iowans $10 to freeze their file, $12 to temporarily lift a freeze, and $10 to permanently remove one. Iowa’s allowable temporary lift fee is the highest in the nation.

A consumer who freezes all three files pays a total of $30 to place freezes, $36 to temporarily lift them, and $30 to permanently remove them.

“I just don’t think these fees are fair to Iowa consumers, and the Equifax case is Exhibit A,” Miller said. “If a company you have no control over exposes your personal information through negligence or as a result of someone else’s criminal act, you shouldn’t get left holding the bag simply because you want to protect yourself from identity thieves through credit freezes.”