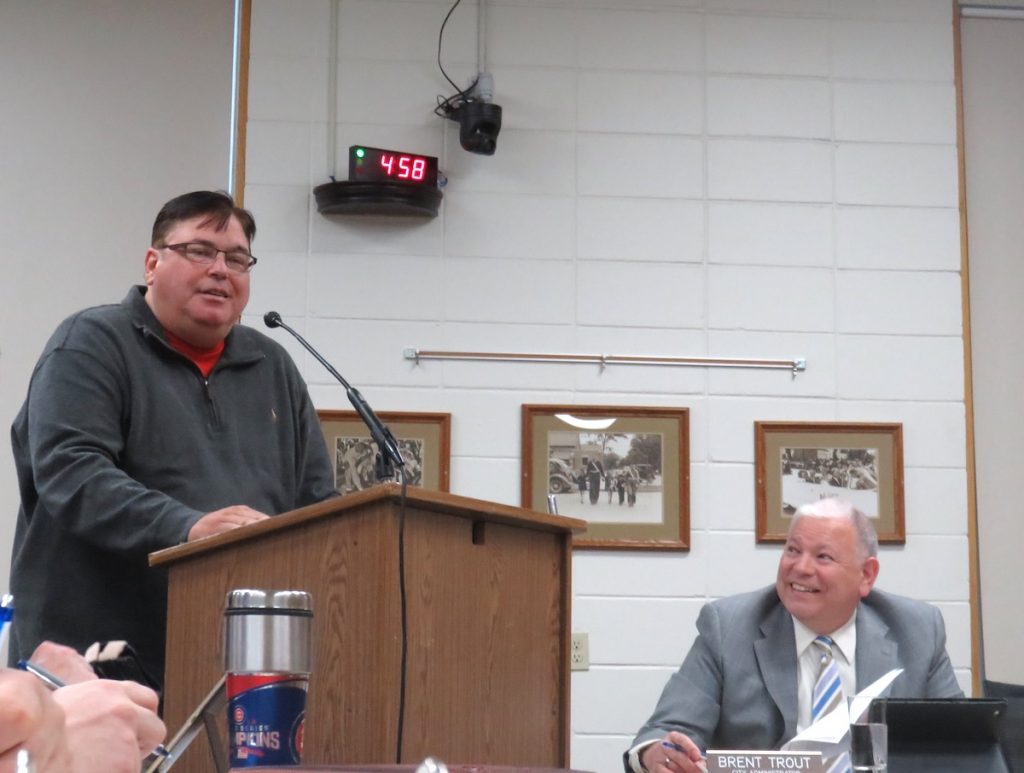 MASON CITY – The Mason City council unanimously selected Gatehouse Capital as the developer of choice to build a hotel in the downtown area.

The city council voted 5-0 (Bill Schickel absent) to direct city staff to meet with Gatehouse Capital representatives to negotiate and develop the terms of a development agreement related to their submitted proposal of the development of a Hotel and Convention space in downtown Mason City and have staff provide a memorandum report to the City Council on the expected employment, taxable valuation created, financial incentives method and cost for Mason City plus any other information regarding the negotiated agreement that will assist the City Council in analyzing the proposal.

Discussion was held regarding the opportunities, feedback from the community, and putting together a “win/win” agreement.

The item was placed on the city council agenda thanks to the leadership of John Lee – a rarity for a council member to put an item on an agenda for consideration while Eric Bookmeyer has been mayor.

“At the March 8, 2017, council worksession the council consensus was to set the date of March 21 as the date for making a decision on which hotelier to support,” Mr. Lee wrote. “I would like to hold the council accountable for that date and because of that, I would recommend staff be directed to work with Gatehouse to put together all the necessary documents related to the Development Agreement.”

On March 9, Lee wrote via social media “It is really simple to get excited about the Gatehouse plan, so did I, but that one will cost the citizens a lot more money, we will need a referandum vote, we will need to sale (sic) bonds somewhere in the neighborhood of 3.5 million dollars to just name some of the issues.”

Tentatively, Gatehouse would like to build their hotel, convention center and museum in the southeast corner of the Southbridge Mall parking lot near Younker’s, with a skywalk connecting to Music Man Square.

During comments from citizens at the beginning of the meeting, Cabin Coffee owner Brad Barber urged the council to “be bold … have a can-do attitude” in pursuit of a workable deal with Gatehouse.

Lindsey James told the council that Mason City has been “without a convention center since 2014.”

Gatehouse Capital’s David Rachie also spoke to the council and thanked City Administrator Brent Trout for his extensive work in getting the possible project to the point where the council was ready to give it the go-ahead.

Civic leader Max Weaver spoke twice at the meeting, urging the council to consider an optional path he put together to “right-size” the project and see the development through.  He stressed the potential burden on the taxpayers with the possible multi-use ice arena, saying there is “no operations and maintenance money” to run the arena if it was built in the mall.

At the same time, San Diego developer Philip Chodur appears to be on-track to build a hotel near the corner of 5th SE and Federal Avenue, not far from the proposed Gatehouse project (across from Kum & Go Central and the XXX book store). Mr. Chodur claims to have all the financing in order to build a hotel on this vacant parcel of land.  He’s been trying for years to build a hotel in Mason City and has met extensively with the mayor and the late councilman Alex Kuhn in piecing together his hotel into the 5-point Renaissance project.  That entire deal looks to be hanging by a thread, but Chodur – who has snapped up several properties in and near the downtown area – could still build if the city is welcoming, even as it pursues Gatehouse.