Iowa man charged with distributing meth near a playground

CEDAR RAPIDS – An Iowa man faces up to 40 years in prison for selling meth near a playground.

Robert John Mueller, age 29, from Dyersville, Iowa, has been charged with two counts of distributing methamphetamine near a playground and one count of possessing pseudoephedrine for use in the manufacture of methamphetamine.­ The charges are contained in an Indictment unsealed on September 12, 2014, in United States District Court in Cedar Rapids.

The Indictment alleges that, on or about June 19, 2014, and on or about June 26, 2014, Mueller knowingly and intentionally distributed a mixture and substance containing a detectable amount of methamphetamine, a Schedule II controlled substance, within 1000 feet of the real property comprising a playground, namely Candy Cane Park, located on Arbor Court Drive, in Dyersville, Iowa.

If convicted on all charges, Mueller faces a possible maximum sentence of 40 years’ imprisonment, a $2,000,000 fine, $100 in special assessments, and a lifetime of supervised release following any imprisonment.­

Mueller appeared today in federal court in Cedar Rapids. Mueller’s next appearance for a detention hearing is set for September 16, 2014.

The case is being prosecuted by Special Assistant United States Attorney Erin Eldridge and was investigated by the Dubuque Drug Task Force, which is comprised of officers from the Dubuque Police Department and the Dubuque County Sheriff’s Office. 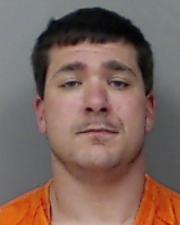