Outback Steakouse restaurants in Iowa under the gun today from activists 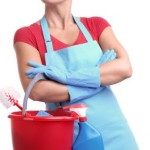 DES MOINES – Labor, faith, and community activists are rallying at Outback Steakhouse restaurants in Davenport, Cedar Rapids, Clive, and Sioux City on Wednesday June 18 at 6:00pm to protest the latest case in what experts are calling a growing epidemic of “wage theft” – when workers are not paid some or all the wages they are legally owed for their labor. Last fall, a woman named Kossiwa Agbenowassi worked hard seven days per week cleaning an Outback Steakhouse in Coralville to support her young children – but the restaurant’s cleaning contractor has refused to pay her for 49 days of her work, totaling more than $2,300 in wages she is legally owed.

Kossiwa was hired by Sandpiper Maintenance and Repair, which held cleaning contracts with at least two Outback Steakhouses in Iowa. Sandpiper is not licensed in the state of Iowa, has no legitimate business address, and has refused to return Kossiwa’s calls. This spring, alone and unsure how to proceed, Kossiwa approached the Center for Worker Justice of Eastern Iowa (CWJ), an Iowa City-based group that helps low-wage workers understand and defend their civil and workplace rights. With CWJ’s help, Kossiwa has filed complaints with state and federal agencies, and has enlisted the help of faith and labor activists who have also contacted the Outback and its contractor. A few weeks ago, Representative Art Staed called for an investigation into this case by the Iowa Attorney General, Iowa Workforce Development, and the U.S. Department of Labor. In response to growing community concern, the Outback has ended its use of this cleaning contractor…but Kossiwa has still not been paid. CWJ Director Misty Rebik says that while she welcomes the Outback’s decision to end its contract with Sandpiper, it’s not enough. “The Outback hired this contractor, and benefited from Kossiwa hard labor. She needs to be paid immediately, and the Outback has a responsibility to make sure that happens.”

Wage theft is reaching epidemic proportions in low-wage workplaces, according to a 2012 report by the Iowa Policy Project, which estimates that low wage Iowa workers miss out on an estimated $600 million in wages each year. The Iowa legislature considered a bill this spring that would have strengthened penalties against employers who don’t pay their workers; it passed the Senate, but the House failed to take action.

The Center for Worker Justice of Eastern Iowa is sponsoring Wednesday’s actions, with solidarity from labor federations in the Quad Cities, Des Moines, Cedar Rapids, Iowa City, and Sioux City.