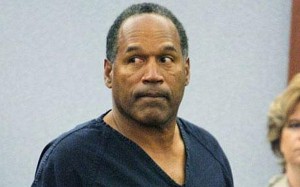 “It was very hard to deal with that every day, comparing me to Nicole. ‘Nicole did this; Nicole did that. You should do this. That’s what she did,'” Prody said, adding her one-time beau even pressured her to dye her hair blond so she would resemble Nicole.

Prody, who was 21 when she met the then-46-year-old Simpson, acknowledges he controlled her and their relationship.

“I was young, and so he could try to shape me, mold me, into what he wanted,” she said.

Although Simpson was acquitted of Nicole’s slaying, Prody claims he threatened her by mentioning his dead ex-wife’s fate during arguments.

“He would say things to me like, ‘You better watch out so something bad doesn’t happen to you like Nicole,” she said.

Simpson, 65, has been in the news lately because he is seeking to have overturned his 2008 conviction for armed robbery and kidnapping.

Simpson was found guilty of stealing back sports memorabilia from a dealer in a hotel room, with the help of five other men, some of whom carried firearms. The football icon and occasional actor is now serving a 33-year prison sentence. He must serve nine years before he is eligible for release.

Simpson was acquitted in 1995 of killing his ex-wife and her friend Ron Goldman. He was, however, found responsible for their deaths in a civil suit and ordered to pay millions of dollars in damages to survivors.

Prody is to be sentenced in June for stealing drugs from an elderly couple while working in their home. She also was given a 4-year suspended sentence in March for trying to steal someone’s purse at a mall.