This news story was published on September 4, 2016.
Advertise on NIT • Subscribe to NIT 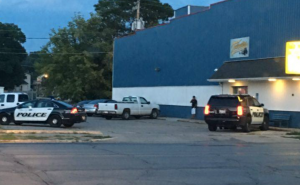 MASON CITY – Tailgaters bar in Mason City is in hot water with the state of Iowa after allegedly serving alcohol without a license.

On September 1, the Iowa Department of Public Safety, pursuant to authority granted in Iowa Code section 123.14, made the following complaint against Tailgaters bar, located at 627 South Federal Avenue in Mason City. Iowa Code sections 123.39 and 123.50 authorize the Administrator of the Iowa Alcoholic Beverages Division to impose civil penalties, including suspension or revocation of a liquor control license or beer permit, against any licensee/permittee who violates any of the provisions of Iowa Code chapter 123.

On or about July 21, 2016, Tailgaters bar or an employee or agent of Tailgaters bar allowed the sale or consumption of alcoholic liquor, wine, or beer on the licensed premises while Tailgaters bar’s liquor license was suspended in violation of Iowa Code sections 123.2, 123.3(41), and/or 123.59; and 185 Iowa Administrative Code section 4.27.

“We did so around 1:30 PM, including us taking physical possession of the liquor license,” police explained.

However, Tailgaters Bar apparently thought that they could still serve booze without the license – but police were not fooled.

That night, around 9:00 PM, “one of our officers noticed they were serving alcohol and we had not been notified that the suspension had been lifted,” police told NIT. “Owners and employees were questioned about serving alcohol without a valid liquor license in violation of the suspension that had just been issued a few hours prior. Officers told them this new violation was being reported to the Iowa Alcohol and Beverage agency and they must stop selling alcohol until the prior suspension had been resolved. Staff agreed to comply.”

The state complaint is a result of that alleged violation.

Police said in the wake of the complaint that they are not directly involved in those proceedings and the state process will now take over.