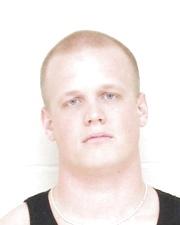 MASON CITY – A man who failed to show up for fingerprinting after pleading guilty to a theft charge was arrested at the Cerro Gordo Courthouse Monday.

Jesse Daniel Germundson, age 23, pled guilty in October of 2013 to a charge of fifth degree theft brought by Mason City police. He failed to show up for required fingerprinting, and a warrant for his arrest was issued this month.

Germundson was also assessed $574.75 in fines and fees, which he has neglected to make a single payment on, records show. He now lives in Alexandria, MN.