MASON CITY – First she was involved with a home invasion.  Then she was accused of trespassing and criminal mischief.  Now, drunk driving.

The trouble keeps piling on for this young Mason City woman, Victoria Carrott.

Police said this week that Carrott’s latest arrest came Thursday after a two-car collision at the 400 block of 9th Street NW.  Carrott was arrested at the scene and charged with second offense operating while intoxicated.  Her first offense came in 2008, also on a charge from Mason City police.

Carrott was released on her own recognizance as she awaits a March 28 hearing.

Carrott was arrested last week on a warrant related to charges of trespassing and criminal mischief after she allegedly went to a person’s house and damaged two doors there.

Carrott has been on probation since 2012, when she participated in a home invasion that caused some Mason City schools to go into lockdown. 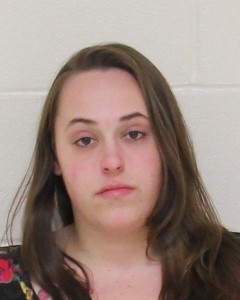