What If the Worst Happens: Losing a Lawsuit 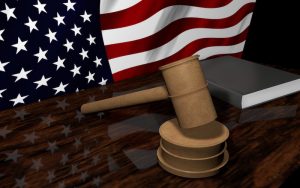 Going through a lawsuit is a horrendously stressful time for everyone involved. From engaging with lawyers to trying to prove that you’re right, it’s not something that anyone wants to go through. However, lawsuits are becoming more and more common – so you should be prepared for what happens. If you win, there’s no more to say. You’ll recoup any financial losses, and be able to hold your head high. However, if you lose, it’s a whole different matter. From losing large sums of money to feeling hurt, angry and upset, it’s a horrible end result. You don’t just have to accept it though: you can fight back against the judgement, as long as you have the right support.

Firstly, take some time to sit down and contemplate what happened. There’s no point making any rash decisions immediately after the judgement, as you’ll be in a heightened state of emotion and not thinking properly. Discuss the outcome with a trusted friend or advisor, and see it from an objective point of view. They’ll be able to point out where it went wrong, and what might have caused you to lose. It’ll be hard to hear, especially if the answer is that you had a bad trial. Next, and once you’ve had time to understand what happened, speak to your lawyer. They’ll be able to take you step by step through what happened and give their professional opinion. Maybe they thought you were unlikely to win – but maybe they just didn’t put up a good enough fight for you. If it’s the latter, you should look at appealing for a re-trial.

Consider appealing against the judgement

If you think you lost unfairly, it’s worth speaking it over with appellate specialists. These lawyers specialize in appealing lawsuits, and can often help you if you think your lawyer either missed giving important evidence or said something that could have been misconstrued against you. Firms like Keiter Appellate Law, can help you work through what went wrong, and appeal against the decision. If you firmly believe that you were in the right, then this is a viable step to take. However, you do need to be honest with yourself: did you lose because your opponent was right, or because your original lawyer went wrong? It’s hard to decide, so talking it through with specialists can help.

Work out what you owe financially

One of the biggest implications of losing a lawsuit is the financial side. You could owe everything from your opponent’s costs to the cost awarded to them. Check what your terms are in the contract with your lawyer: sometimes you won’t have to pay, especially if it was a “no win, no fee” agreement. You’ll probably be given a list of what you need to pay and when. Then, you need to work out if you can pay it, and how.

In extreme cases, you might need to file for bankruptcy – but this is rare, and only comes up in cases with huge settlements. You might be able to settle the debt, or look at garnishing what you earn and your accounts to help pay it off.