This news story was published on July 17, 2021.
Advertise on NIT • Subscribe to NIT 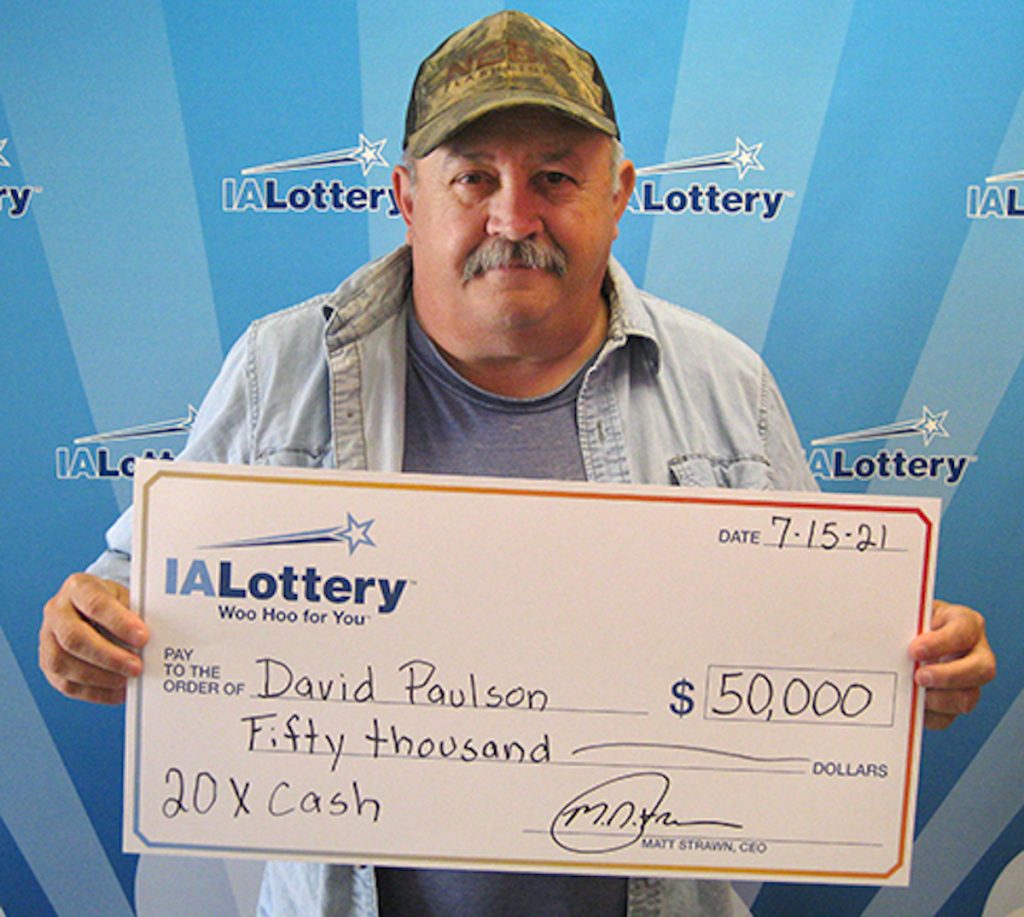 MASON CITY — A Mason City man is planning a vacation after winning a second lottery prize of $50,000 in five years.

“I’m going to pay off some bills and put the rest in the bank and go on a vacation at the end of the summer,” David Paulson, 64, told officials on Thursday as he claimed his prize at the lottery’s Mason City regional office.

Paulson won the first top prize in the Iowa Lottery’s “20X Cash” scratch game, which just began sales on July 7. He bought his winning ticket at Yesway, 1920 S. Federal Ave. in Mason City, where he stopped on a grocery trip.

He scratched the ticket when he got home and assumed he’d won a $5 prize until he scratched off the prize amount and saw it was much larger.

“I thought, ‘Oh, this is pretty good!’” he recalled. “I ran back down there and had them check it right away just to verify.”

“I really can’t believe that I just did it again,” he said. “I didn’t think I ever would, but that’s why we play, I guess.”