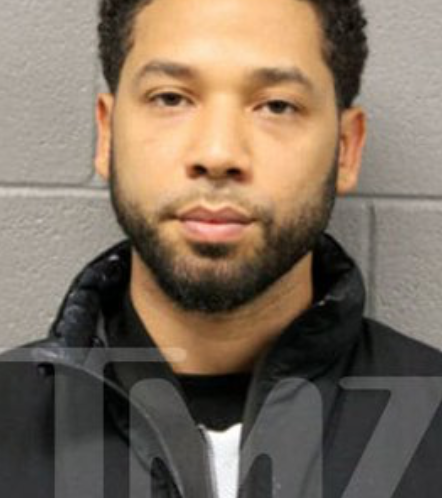 Jussie Smollet, age 36, who “stars” in a TV show called “Empire” is under arrest and in custody of detectives, Chicago police said Thursday. This morning at Chicago Police Headquarters, Chicao police officials briefed reporters on the investigation prior to the defendant’s appearance in court.

“Smollett took advantage of the pain and anger of racism to promote his career,” Chicago PD Superintendent Eddie Johnson said in the press conference. “Bogus police reports cause real harm. They do harm to every legitimate victim who’s in need of support by police.” He noted that Smollett’s highly-publicized fake claim of a racial/political attack could cause investigations into real crimes to falter.

“Smollett took advantage of the pain of racism to further his career…This publicity stunt was a scar the City of Chicago didn’t deserve.”

According to a narrative released Thursday, on February 21, 2019, Jussie Smollett was arrested and charged with Felony Disorderly Conduct-False Report of Offense, after investigation revealed Smollett provided false information to police when reporting an Aggravated Battery. Smollett stated to officers that on January 29, 2019 in the 300 block of E. North Water at approximately 2:00 AM, two (white) males approached him and beat him, poured an unknown substance on him, placed a rope around his neck and yelled out homophobic and racial slurs and reportedly said “this is MAGA country.”  It was later discovered that the incident did not occur, the “incident” was “staged” as police said at the press conference and two brothers were paid to rehearse and carry out the choreographed “attack” on Smollett, who was reportedly dissatisfied with his acting salary.

Chicago police poured hundreds of man hours into investigating the alleged incident. “It pissed everybody off,” a police spokesman said at the press conference. Presidential candidates and the media immediately took Smollett’s story and ran with it. However, detectives got to the bottom of Smollett’s increasingly fishy story, leading to his arrest Thursday at 5 AM. Smollett is due in court this afternoon.