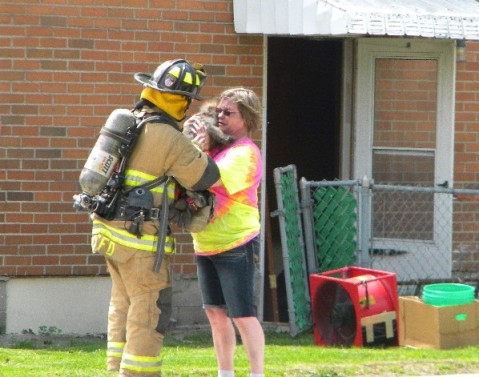 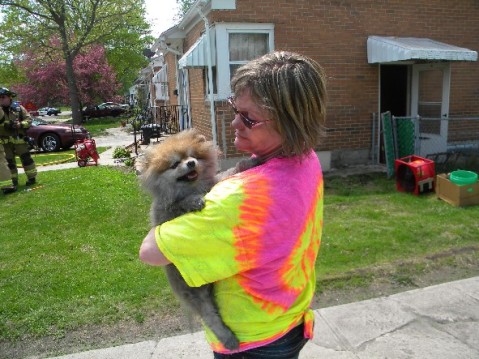 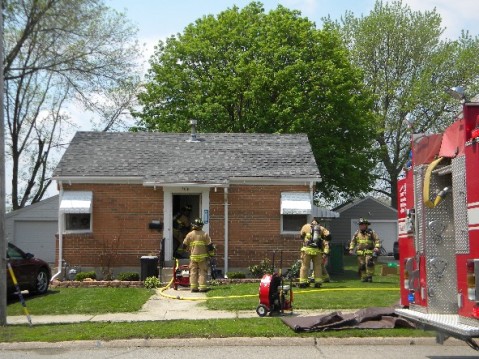 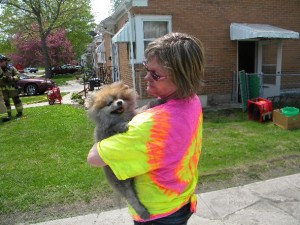 Normally a white and light tan hue, now a smokey gray, but saved from smoke.

There were reports of flames that was said to have started in the kitchen. The resident had vacated, but returned to the house to rescue her dog.

On the scene, the house was filled with smoke and being ventilated. A firefighter had found the dog and returned it to it’s owner.

“You survived the fire,” said the owner, to her dog, through tear-filled eyes.

The dog came out a smokey gray, but the neighbor said, “She is usually white and light tan.”

“This is my third fire,” said the resident of the house, in disbelief.

The fire was said to have started in the fan of the stove.

The Fire Marshall, Alliant Energy and Red Cross were called and the Mason City Police Department were on the scene to assist.  The house is owned by Raymond and Mary Blanchard of Manly,Iowa. 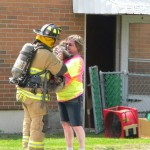 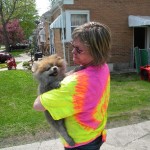 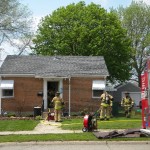