MASON CITY – According to a Mason City Police Department incident report, two officers made a traffic contact at 4 am Saturday morning in the 500 block of North Massachusetts Avenue. As a result of that contact 47-year-old Jose Maria Hernandez-Pazcual, of Mason City, was arrested.

Hernandez-Pazcual was booked into the Cerro Gordo County Jail at 5:43am after being charged with:

1 serious misdemeanor count of driving without a license

A no bond immigration hold has also been placed on Hernandez-Pazcual by U.S. Immigration and Customs Enforcement (ICE). ICE is the largest investigative arm of the Department of Homeland Security.

Court records show Hernandez-Pazcual was convicted of 1st offense OWI in May of 2002 in Cerro Gordo County following a traffic stop by Mason City Police Department.

Hernandez-Pazcual was then convicted of 2nd offense OWI in July of 2002 in Cerro Gordo County following a traffic stop by Mason City Police Department. In the 2nd OWI there court records show his employer at the time, Andrews Prestress, was ordered to withhold $50.00 a week from his paycheck to pay for fines and court costs in the case. 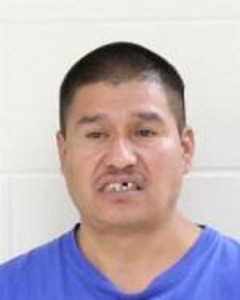