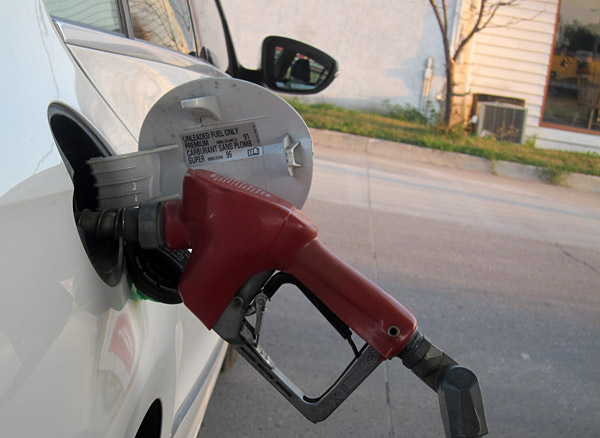 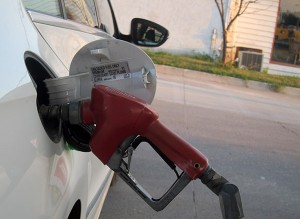 Iowans planning a Labor Day road trip should budget a bit more for fuel, thanks to Tropical Storm Isaac.

“Expect perhaps up to a 25-cent increase (per gallon) between now and Labor Day,” Gail Weinholzer, spokeswoman for AAA Minnesota/Iowa, said Monday morning.

Headed for landfall predicted Wednesday somewhere on the Gulf Coast, the tropical storm has prompted the shutdown of offshore drilling rigs that provide a quarter of the nation’s fuel.

Coastal refineries are also shutting down, and combined with an explosion at a Venezuelan refinery, that was enough to push crude oil prices 10 cents higher overnight Sunday.

“If they’re shutting down the platforms, that will have a negative effect on supply,” said Weinholzer.

That could be enough to drive a gallon of mid-grade to about $3.75 in Cedar Rapids, and a few cents higher in Iowa City, by the weekend. But with Isaac a relatively week Class 1 storm, Weinholzer expects the price to recede nearly as quickly as it rises – by mid-week next week at the latest.

“By the end of this week, beginning of next week, they should have the platforms back in operation and that should bring the price back down,” Weinholzer said.

“Most people that have already made their plans tend to stick with their plans,” said Weinholzer.

AAA predicts 33 million Americans will travel this weekend, a 2.9 percent increase over Labor Day 2011. The auto club’s survey found 85 percent of holiday travelers will go by car, with the average trip length 626 miles.