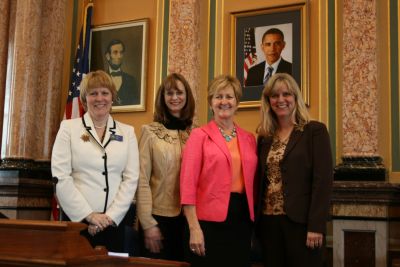 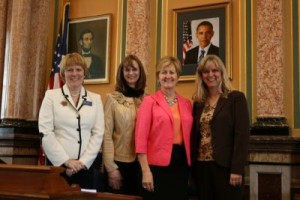 As you may have heard, we had a disturbing occurrence at the Statehouse this week. Representative Ako Abdul-Samad opened a letter while sitting at his desk in the chamber. It contained a mysterious white powder. We were locked-in while the hazardous materials squad investigated. Fortunately, it was not a dangerous substance, but having such a hateful act aimed at a member of the legislature was sobering.

I am concerned about the amount of work still to be done in passing appropriations measures and reconciling differences between Senate and House versions of several important bills. Our target date for completion of this session is April 17, but no one here seriously thinks this will happen.

To date, the governor has signed one out of ten budget bills we have to approve before final adjournment. We are closer to reaching compromise on an education reform package. Those items still on the table include property tax relief for businesses and the overall state budget. I will continue to work with my colleagues on both sides of the aisle to reach compromise in such a way that will put Iowans back to work and strengthen the middle class.

(PHOTO: Deb Derr, Jean Torgeson, and Michele Appelgate from NIAAC came to the Capitol for a visit on Wednesday, April 4, 2012.)

At this time of the year, legislators who are retiring traditionally give speeches marking the end of their careers in the House. Sixteen Republicans and two Democrats are leaving along with two additional Democrats who are running for open Senate seats. With the warm weather that we have been having and the speeches, it really seems as if we should be done soon.

I enjoyed visiting with Nathan Sage (ISU student from Mason City) when students from the Regent Universities held their annual Research in the Capitol Day. When asked how he developed his interest in the field of identifying viruses by using atomic force microscopy, he credited his professor at NIACC, Jason Friday. After graduation this year, Nathan will be pursuing his PhD. Nathan is an excellent example of a student who found his passion for learning with the help of a dedicated teacher.

After hours of debate, the Iowa House voted to ban the use of red light and speed cameras on a bi-partisan vote, 58 to 42.  There are currently seven cities that have adopted ordinances approving the use of the cameras: Cedar Rapids, Clive, Council Bluffs, Davenport, Des Moines, Muscatine, and Sioux City.  The ban would take place immediately if the bill is signed into law.

Opponents of the bill argued that the cameras have saved lives and reduced accidents.  They offered a plan, which was approved by the Iowa House on a near unanimous vote last year, to put standards and regulations in place that local governments would be required to follow if they wanted to use cameras.  Those standards would include fines and signage so drivers have advance notice. I voted against the ban because I feel very strongly that this is a local issue.

Supporters of the ban stated that safety could be achieved through design standards and that the cameras do not do an adequate job of replacing a law enforcement officer.  They argued that the cameras assume a driver is guilty and is not able to take into consideration mitigating circumstances that could be happening outside the view of the camera.

House File 2450 now goes to the Senate where it faces an uncertain future.