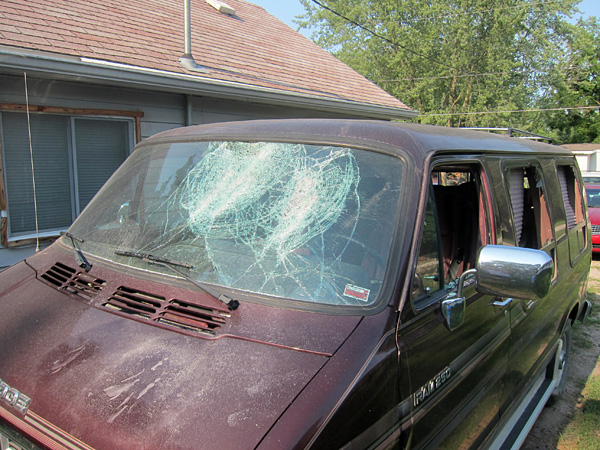 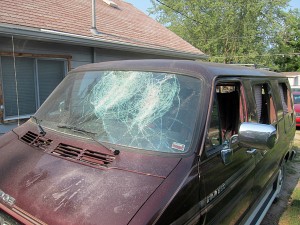 According to family members, Troy Oglesby, 44, (pictured at bottom) was asleep at his home at 1614 South Harding Ave. at about 3 AM Wednesday when his front door was kicked in by a man known by Oglesby.

Oglesby’s family said he was struck with a sledgehammer.  He then reached for a pistol and fired it twice at the intruder, who fled in a car with others inside.  The intruder was not harmed, they said.  “My brother’s front door was smashed in with a sledge hammer and he was attacked by the intruder,” an email from a sibling stated. “Only hit once when my brother pulled his gun. Criminal dropped hammer and ran.”

The intruded dropped his sledgehammer, Oglesby’s family said today, and on it was the name of the man who had entered the home and struck Oglesby.  “The owners name was on the hammer,” the sibling stated.  Police have questioned that man today, they confirmed in a phone call.  His name will be released later. 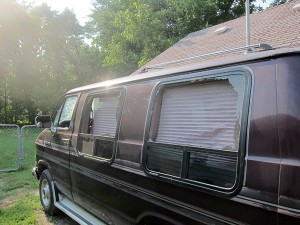 The intruder also used the sledgehammer to break out most of the windows on Oglesby’s van, parked in the driveway (see photos.)

Mason City police arrived sometime in the neighborhood of 3 AM.  They responded with caution due to firearms being involved; they were said to have parked about a block and half away to the north and made their way to the scene.

After some investigation, Mason City police this afternoon arrested Oglesby and charged him with terrorism (708.6), a class C felony.  The family stated today that he was charged because the police claim “he fired at a car full of people.”  The family claims Troy fired at the intruder while he was still inside his home.

Oglesby’s family also claim that there are ties to the main perpetrator who broke into Troy Oglesby’s home and the Mason City Police Department and the Cerro Gordo County Attorney’s office.

Mason City police today said that multiple arrests are expected and that they would release more information once the investigation has developed more fully. 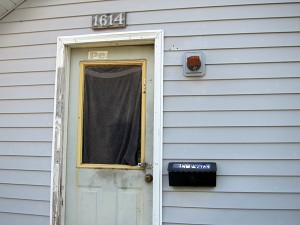 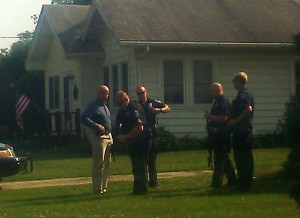 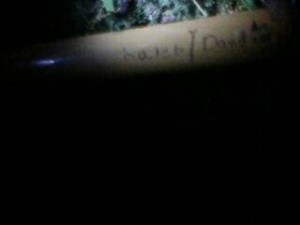 Picture the Oglesby family claims is of the handle of a sledgehammer left at Troy Oglesby’s house by a home invader. 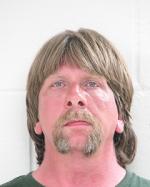