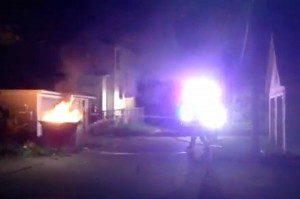 NIT – Thirteen days ago, NIT made a public information request to Mason City’s city hall, asking for all the emails that the mayor, council and city administrator received after they requested the public’s guidance when they could not make a decision on changes in fees and personnel in the city’s sanitation department.

(Original press release from city of Mason City, asking the public to make decision on future of sanitation department; not by a formal votes, but by email responses: CLICK HERE)

This was the request that was sent from NIT to city hall officials on February 26, 2015:

I’d like all the emails released to me that the city received regarding the proposed changes in fees and personnel in the sanitation department. This request is in connection to the city’s press release that was sent in January of this year, as the council and mayor struggled to lead the community during the budget process when faced with an issue in the Sanitation Department. They asked the public to do the job of elected leaders and decide the fate of city employees and sanitation fees and/or rates in offering 4 options to choose from in a press release. You directed all feedback to be sent to mayorcouncil@masoncity.net.

Apparently, the decision arrived at by our elected leaders to “maintain service” was derived from these emails.

I’d like to see all these emails, in their entirety. Perhaps they can be released electronically, since they exist in that format currently. I am happy to pay for a CD that contains all these emails.

This was the response NIT received the next day, on February 27, 2015:

I have asked staff to begin the work of gathering these emails and I will let you know when it is completed.

On March 11, 2015, NIT received the following email, regarding this public information request:

The email responses from citizens regarding the Sanitation options has been compiled and is on disc at our office at City Hall. The document is rather large which is why it is on disc. You can stop by our office during regular City Hall hours to pick up the disc. The cost of the disc is $5.00. It took approximately six hours of staff time to prepare the information but no additional charge beyond the cost of the disc will be assessed.

You may pick the disc up from Deputy Clerk, Diana Black.

The following response was sent back to Brent Trout on March 11, 2015, from NIT Publisher Matt Marquardt:

Can you please cite the Iowa law you are using to delete / withhold parts of the emails, please?

Was the act of deleting / withholding / doctoring parts of the emails why it took 6 hours of staff time to copy and paste all the emails onto a disc? That should have been a 5 minute job, even if there were 400 emails.

I am confused as to why you and city hall apparently went to these great lengths to hide the identities of the people who sent emails. Why the secrecy? Why can staff and council and mayor read the emails in their entirety but not the public? Who are you trying to protect, and for what reason?

I am further confused as to how writing an email is any different than when a citizen speaks to the council and mayor during a council meeting and is required to give their name and address.

If staff spent 6 hours deleting parts of all these emails, I have to wonder if there is other information that is being withheld and/or deleted so that I cannot publish it.

I will be awaiting your answers before I come to pick up anything from City Hall, and will decide what to do next once you explain your actions.