Officers eventually arrested Riekens as a result and transported him the Cerro Gordo County Jail where he was held overnight on a Class “D” felony charge of 3rd or subsequent offense OWI.

Court records show Riekens has been convicted of 2nd offense OWI in Cerro Gordo County on three occasions between 1999 and 2005.

3rd or subsequent offense OWI is a Class “D” felony punishable by up to 5 years in prison if convicted. In addition the Iowa Department of Transportation may impose a period of revocation of driving privileges for 6 years.

According to the Department of Transportation’s website, “A person arrested for second or subsequent OWI offense, or for driving while their driver’s license is revoked for an OWI, may have the motor vehicle they are operating seized and impounded immediately upon arrest. The impoundment (or immobilization) continues for at least 180 days, or until the driver’s license revocation is completed, whichever period is longer. If the vehicle is not impounded at the time of arrest, it must be impounded or immobilized upon conviction for the second or subsequent OWI offense. If a vehicle is operated in violation of an order of impoundment or immobilization, it shall be seized and forfeited to the state, and operation of the vehicle is a serious misdemeanor.”

Riekens has since been released from jail with sanctions pending further court proceedings. 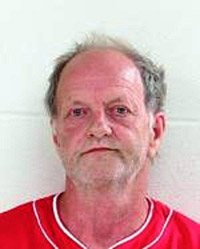