Charles Manson has not been a model prisoner 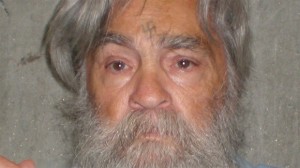 LOS ANGELES — Charles Manson, who will go before the parole board for the 12th time next week, has not been a model prisoner.

Twice in the last few years, guards at Corcoran State Prison found phones in the notorious killer’s possession. Manson called people in California, New Jersey and Florida with an LG flip phone found under his prison bunk in March 2009, the Los Angeles Times reported in 2011. A second cellphone was found a year later. Thirty days were added to his sentence for the first offense, officials said.

Earlier, a homemade weapon was found in his possession.

A parole board will consider whether Manson should be released from prison on Wednesday, though the chances of that happening are pretty slim. The board has rejected parole for Manson 11 times before.

A prison spokeswoman told The Associated Press on Thursday that Manson has informed local prison officials that he will not be at next week’s hearing.

Nonetheless, the Los Angeles County district attorney’s office on Thursday said it would vigorously oppose Manson’s release. “We consistently (opposed parole) and will continue to do so,” spokeswoman Sandi Gibbons said.

In 2007 at his last parole hearing, the board concluded that Manson “continues to pose an unreasonable danger to others and may still bring harm to anyone he would come in contact with.”

“He refused to cooperate, so the conclusion they drew from the reports is he still remains a danger to the public,” Los Angeles County Deputy District Attorney Patrick Sequeira said at the time. “He was convicted of nine horrible murders. He has expressed no remorse or empathy for any of the victims.”

A new photo released by the California prison system shows Manson with long, gray hair and a beard. It was released at the request of CNN.