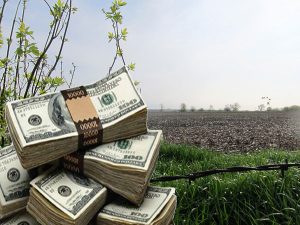 CEDAR RAPIDS – Two brothers who ran a farming operation together while also farming their own land were sentenced today to federal prison for evading taxes.

Scott Stecher, age 61, and Doug Stecher, age 58, from Clarion, Iowa, received the prison terms after each pled guilty to tax evasion on December 9, 2020.

The Stechers were sentenced in Sioux City by United States District Court Chief Judge Leonard T. Strand. Each was sentenced to one month of imprisonment and fined $30,000. They must also serve a two-year term of supervised release after the prison term. There is no parole in the federal system.

“Our federal income tax system requires taxpayers to be honest,” said Acting United States Attorney Sean R. Berry. “These sentences show that hiding income from the IRS to avoid paying taxes is a crime with significant consequences. In this case those consequences include federal prison.”

“Today’s sentencings of Scott Stecher and Doug Stecher show that enforcement of our tax laws is vital to maintaining a fair and honest system,” said David Talcott, Acting Special Agent in Charge of the IRS Criminal Investigation division in the St. Louis Field Office. “There are consequences for individuals who intentionally conceal income and evade taxes that includes going to jail and paying back all the taxes owed plus steep penalties and interest.”

Both Scott and Doug Stecher were released on the bond previously set and are to surrender to the Bureau of Prisons on a date yet to be set.