Chris Watts makes it official; submits paperwork for re-election to Board of Supervisors

This news story was published on March 19, 2020.
Advertise on NIT • Subscribe to NIT 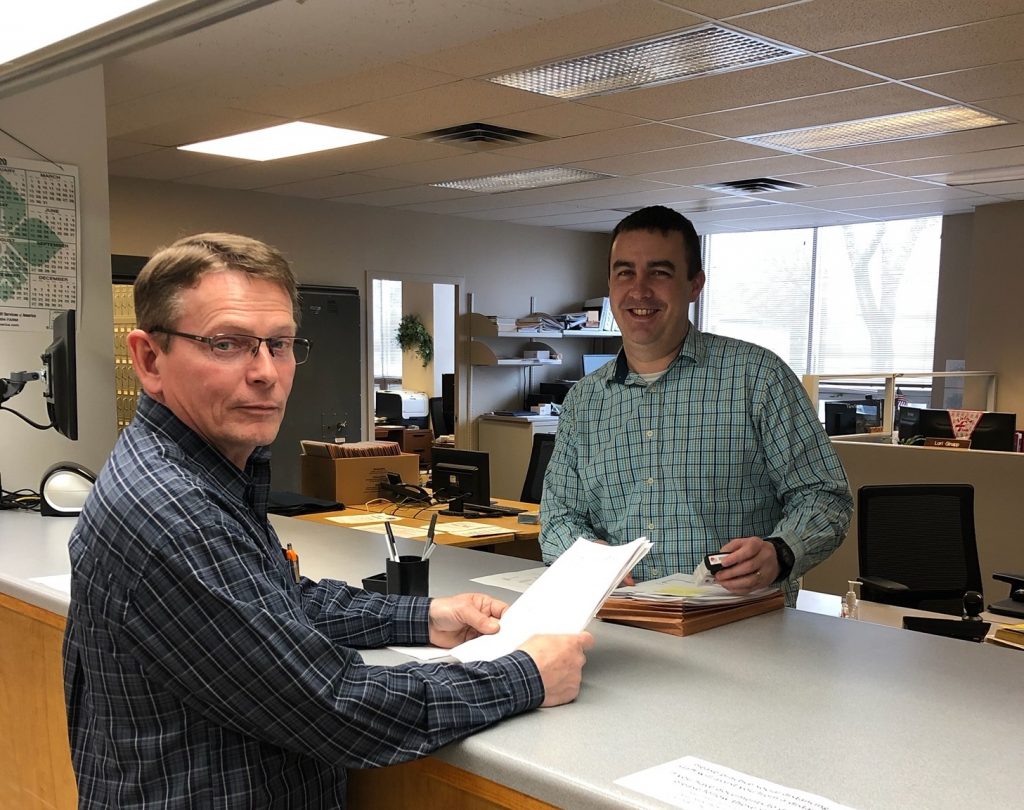 MASON CITY – Chris Watts will seek re-election to the Cerro Gordo county Board of Supervisors, and has been busy collecting signatures for his petitions. Watts, a Republican who was first elected in 2016, has made it his “mission” to save taxpayers millions of dollars in county expenditures.

Among the achievements which he facilitated was saving over $4 Million in 2019, when the Board voted in favor of Watts’ proposal to modify the retirement and health care plans of former county employees. According to County Budget Director Heather Mathre, the former plan had cost taxpayers $881,504 in premiums since it went into effect in 1998. Mr. Watts also successfully pushed for lowering the county Levy for four consecutive fiscal years, and in 2019, his efforts resulted in additional savings of over $220,000 by lowering the county social services levy.

Watts, along with his two fellow Supervisors Casey Callanan and Tim Latham, have consistently turned down each annual pay raise which has been recommended by the Cerro Gordo Compensation Board for four straight years.

“As a public servant,” Mr. Watts said, “I feel it’s wrong to accept a salary increase unless and until each of my constituents has also received a pay raise. Until that happens, I’ll continue refusing any and ALL such proposed increases in compensation. I knew what this job paid when I sought the office, and I’m not in government to line my pockets. I treat the taxpayers’ money like it’s my own.”

Watts is also proud of his efforts to update and upgrade what he termed as the “deteriorating county infrastructure”, including roads and bridges. He has also played a key role in obtaining better equipment, such as road graders, trucks, and other maintenance vehicles. “This team of Supervisors, of which I’m honored to be a part, has streamlined county operations and services, while serving our citizens, expanding some services, and saving the taxpayers’ money. As a candidate in 2016, I made promises,” Watts said, “and as a county Supervisor, I’ve kept them.”

Indeed, “Promises made; promises KEPT”, is the slogan for Mr. Watts’ re-election campaign; his campaign website is located here. Watts is married and has four adult children. For 31 years, he has been employed by Reinhardt Foods, where he is a Territory manager. He and his wife reside in Mason City.

21 Responses to Chris Watts makes it official; submits paperwork for re-election to Board of Supervisors