This news story was published on September 4, 2020.
Advertise on NIT • Subscribe to NIT

CHARLES CITY – Charles City police investigated a burglary and a woman was arrested for assault.

The incident occurred on Tuesday, September 1.  Charles City police were sent to the 2100 block of Clarkview Drive to investigate a possible burglary.  After an investigation, police arrested 27-year-old Codie Gammon of Charles City for assault.  Gammon was taken to jail and soon released.  A judge imposed a no-contact order on Gammon, and a public defender was appointed.  Gammon will face trial on the assault charge on the morning of September 30.  Police say more charges may be pending. 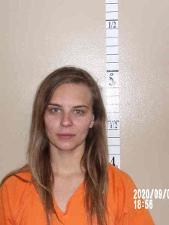