This news story was published on October 22, 2019.
Advertise on NIT • Subscribe to NIT 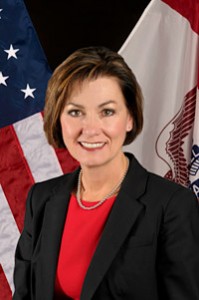 DES MOINES – Governor Reynolds announced that Iowa’s classrooms are more connected today than ever before. 100 percent of K-12 students in Iowa now have access to high-speed broadband on par with the Federal Communications Commission’s minimum goal of 100 kbps per student, opening the door to expanded opportunities for teaching and learning in Iowa’s classrooms. Iowa schools are also making significant progress toward the FCC’s long-term bandwidth goal of 1 Mbps per student.

“Connectivity to broadband Internet is no longer a luxury, but an essential component to a child’s education,” said Governor Reynolds. “Bringing every classroom into the 21st century will allow students to take full advantage of the digital learning happening right now. While Iowa is closing the digital divide, we know there’s more to do to expand connectivity in every corner of our state.”

A newly released report from national non-profit EducationSuperHighway highlights the status of broadband connectivity in the nation’s K-12 public schools. The report found that Iowa upgraded 81 percent of its schools to scalable fiber connections since 2016, which enable schools to keep up with growing bandwidth demand needed for digital innovation in K-12 classrooms.

“The progress that Governor Reynolds has made in connecting Iowa’s classrooms is significant, and we applaud her efforts to ensure that digital learning isn’t just a promise anymore — it’s a reality,” said Evan Marwell, CEO at EducationSuperHighway.

About the State of the States Report

EducationSuperHighway’s State of the States report tracks progress toward the K-12 connectivity goals established by the Federal Communications Commission and provides state leaders with the information needed to finish the job of connecting America’s students to high-speed broadband. The report, published annually, is based on publicly available E-rate data.