Films in February, Movies in March Kicks off at the MacNider Museum

This news story was published on January 31, 2012.
Advertise on NIT • Subscribe to NIT 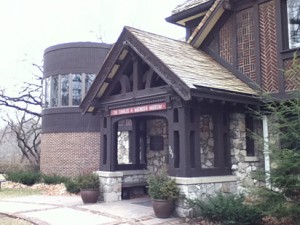 MASON CITY – The Charles H. MacNider Art Museum’s 2012 Winter Film Series, Films in February, Movies in March, kicks off this Saturday, February 4 at 2:00 p.m. through March 10. Admission is FREE and open to the public. Popcorn will be provided.

Join the Museum in fending off winter with the heat and vibrant colors of Chihuly in the Hotshop. The film includes interviews with glass artist Dale Chihuly, photographs of his completed works, and amazing footage of glass blowing that will take your breath away.

In 2006 the Museum of Glass in Tacoma, Washington, invited Dale Chihuly to work in their state-of-the-art hotshop, an amphitheater specifically designed to allow the audience to watch the glass blowing action close at hand. Chihuly’s residency soon became the idea for this documentary as he set forth on an ambitious program that would reflect the sum total of his work in glass over the last thirty years. All thirteen of his best-known series were revisited along with more than forty artists and gaffers who had worked with Chihuly at the time of the inception of each series.

Chihuly in the Hotshop is a 2007 documentary feature distributed by Portland Press. It is unrated (mild language) and is 90 minutes long. After the film you are invited to view Chihuly’s piece Azteca Yellow Persian Set with Black Lip Wraps in the Museum’s Beck Gallery.

Note: Due to unforeseen circumstances the film, Seducing Dr. Lewis, will not be shown.