This news story was published on June 26, 2018.
Advertise on NIT • Subscribe to NIT 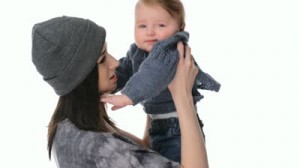 ALICE, which stands for Asset-Limited, Income-Constrained, Employed, places a spotlight on a large population of hardworking residents who work at low-paying jobs, have little or no savings, and are one emergency away from falling into poverty. ALICE is a look at those who are working and earning but are not able to afford a basic-needs budget in the county in which they live. These workers are in “maintainer” jobs that fill needs in our communities, including child and senior caregiving, service sector positions, clerical and custodial positions, and a host of others that we rely on every day. These members of our communities are typically missed in traditional measures of poverty.

The United Way ALICE Report is the most comprehensive depiction of financial needs in the state to date, using data from a variety of sources, including the U.S. Census. The report unveils new measures based on present-day income levels and expenses that show how many Iowa workers are struggling financially, and why.

The ALICE Report changes some of the myths about this population, which tends to be hidden in plain sight. “ALICE does live in Iowa. Despite our reputation for feeding the world, we have Iowans who struggle to feed their families,” said Deann Cook, United Ways of Iowa Executive Director. “United Ways have worked since the release of our first state report to shine a light on the struggle of these households and help to reframe the way in which we view all Iowans who are working and contributing to our state’s economy.”

A total of 457,044 Iowa households fall below the ALICE Threshold. These include households below the Federal Poverty Level and those unable to meet the basic cost of living in their communities. In Iowa, 12 percent of our households (149,264) live below the Federal Poverty Level. The United Way ALICE Report for Iowa shows that an additional 25 percent (307,780) are unable to cover basic expenses, including housing, food, transportation, health and childcare, despite having income over the typical definition of poverty.

Additional points of data from the report include:

· ALICE lives in every Iowa county – from a low of 26 percent in Plymouth County to a high of 52 percent in Decatur County.

· More than 30 percent of Iowa’s households with children live below the ALICE Threshold.

· Over 40 percent of Iowa’s senior households qualify as ALICE.

· The household survival budget for a family of four (two adults, infant and toddler) is $56,000 – more than double the $24,000 Federal Poverty Level for the same family.

· The family of four’s greatest expense is childcare.

The United Way ALICE Report for Iowa provides high-quality, research-based information to foster a better understanding of our communities. The research was led by Stephanie Hoopes Halpin, Ph.D., United Way ALICE Project National Director. Her staff collaborated with a 10-person Iowa Research Advisory Committee which represented a number of Iowa’s colleges, universities, state departments and nonprofits, who advised and contributed to this report.

The presenting sponsor of the 2018 United Way ALICE Report for Iowa is Alliant Energy.
“Alliant Energy is proud to partner with United Way on the ALICE Report to identify additional ways to support Iowa families,” said Doug Kopp, president of Alliant Energy’s Iowa energy company. “We‘re able to help people in the communities we serve through our foundation’s community grants, other assistance programs and volunteer opportunities for our employees. We hope this report inspires other businesses in our state to make a difference as well.”

Additional funding was provided by the Iowa Credit Union Foundation.