CEDAR RAPIDS – A Waterloo domestic abuser has been sent to prison for gun possession.

A man who unlawfully possessed a firearm after committing a crime of domestic violence was sentenced on July 30, 2019, to more than 3 years in federal prison.

Sunni Askari Newell, age 33, from Waterloo, Iowa, received the prison term after a guilty plea to one count of Possession of a Firearm by a Person Convicted of Domestic Violence. The domestic violence conviction was entered on June 11, 2009, in Milwaukee, Wisconsin.

Documents at sentencing showed that, in the early morning hours of June 4, 2017, Newell saw officers approaching two people involved in a verbal dispute. Newell walked over to one of the people involved in the dispute, appeared to take something from that person, and tried to leave the scene. Officers later found a loaded handgun in the defendant’s pant leg. In September 2018, Dazarris Shemeek Wilkerson received a 33 month imprisonment term for possessing the same firearm on the same date as Newell. Wilkerson was charged with Possession of a Firearm by a Felon.

Newell was sentenced in Cedar Rapids by United States District Court Judge C.J. Williams. Newell was sentenced to an imprisonment term of 42 months and 1 day. He must also serve a 3-year term of supervised release after the prison term. There is no parole in the federal system. The defendant’s sentence runs consecutively to the sentences imposed in state court for two additional offenses the defendant committed after the June 4, 2017 incident.

The case was prosecuted by Assistant United States Attorney Jacob Schunk and investigated by the Waterloo Police Department and the Federal Bureau of Investigation. 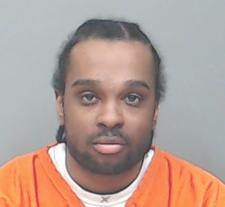