MASON CITY – The Mason City Human Rights Commission will meet Thursday for its regular monthly meeting and deliberate on a number of issues pertaining to the future of the agency, including the elimination of the position of Human Rights Director. 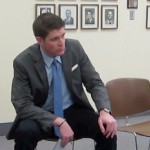 City Council member Alex Kuhn and the rest of the council voted 6-0 to de-fund Human Rights.

The commission may welcome a new “friend” in Mason City educator Dan Ramaeker. Ramaeker wrote on his application that he is “very concerned over the council’s recent action and want to do my part to insure all citizens of Mason City have equal protection under the law.”

In other matters, Human Rights Commission member Steve Palmer has devised a plan to liquidate office equipment and office space currently in use by the Mason City Human Rights Department. 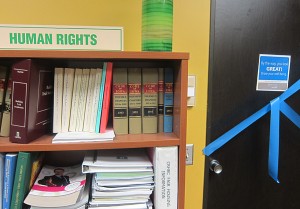 Palmer, an insurance agent, also said in a memo that “office space on the south side of the reception area will no longer be needed.” NIT has already reported that Blue Zones personnel and materials have begun to move into this area.

Sources also told NIT that Palmer was instrumental in ending a long-standing practice where the commission ate lunch during its monthly meeting.

Related to the issues of office equipment and office space, discussion will take place involving the securing of confidential files that are currently held in the very desks and office area that Palmer has recommended be vacated.