Howley, whose book about top-level MMA cage fighters, “Thrown,” was a New York Times Notable Book of the Year, is no stranger to controversy.  Now she is completing a book about Reality Winner, the young woman who leaked military intelligence related to Russian interference in the 2016 U.S. presidential election.  To write this new expose, Howley had to gain access to Winner in a top-security prison, and her initial essay was featured in the widely-read New York Magazine.

“Any audience who comes to hear Kerry is going to be entertained,” declares Tim Bascom, director of the Waldorf Creative Writing Program, and he points out that this free reading is open to the public.  “Kerry pulls no punches in her investigative reporting,” he adds.  “She digs deep and often exposes what needs to be known, even if it makes people uncomfortable.”

Bascom says that this event should particularly appeal to those who care about current events.  “Sports fans and athletes may find her writing particularly interesting,” he says, “since she has been able to talk directly with prominent competitors like Serena Williams and Manny Pacquaio, not to mention a woman bow hunter named Rebecca Francis who got a lot of negative publicity after being photographed with a giraffe she killed on safari.”

“Come if you are curious about journalism and creative nonfiction too,” he insists.  “Basically, Kerry Howley is a cutting-edge investigative journalist working in the tradition of literary greats like Truman Capote and Joan Didion.”

This event is free to the public. 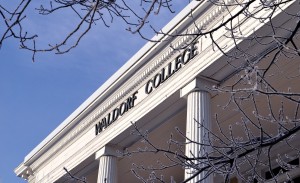