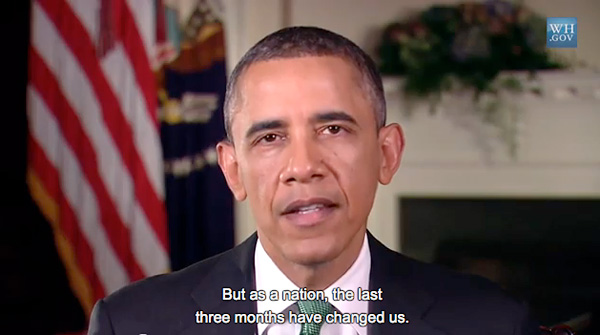 From the White House –

Three months after the tragic shooting in Newtown, Connecticut, President Obama says that the Senate has taken important steps forward to help protect our kids by reducing gun violence. The American people made their voices heard, and the Senate made progress to make it harder for criminals and people with serious mental illnesses to get guns, to crack down on anyone trying to funnel guns to criminals, and to reinstate and strengthen a ban on the sale of military-style assault weapons. Each of these ideas deserves a vote. The President urges Congress to pass these commonsense measures while affirming our nation’s tradition of responsible gun ownership.