CEDAR RAPIDS – An Iowa drug user who was selling a cutting agent claiming it was methamphetamine was sentenced today to more than three years in federal prison.

Kyle Starbuck, age 32, from North Liberty, Iowa, received the prison term after a June 7, 2018, guilty plea to being a drug user in possession of a firearm. At the guilty plea, Starbuck admitted he was an unlawful user of methamphetamine and heroin when he possessed a pistol.

Information disclosed at the sentencing hearing showed that Starbuck attempted to buy a firearm in 2016 from a federally licensed firearms dealer, but was denied due to a recent conviction for an OWI. Later, in August 2016, Starbuck purchased a pistol, which had been stolen out of a vehicle the month before. He then acquired a rifle in October 2016.

Starbuck is being held in the United States Marshal’s custody until he can be transported to a federal prison.

The case was investigated by the Cedar Rapids Police Department, the Johnson County Drug Task Force, the North Liberty Police Department, and the Bureau of Alcohol, Tobacco, Firearms, and Explosives, and prosecuted by Assistant United States Attorneys Lyndie Freeman and Emily Nydle. 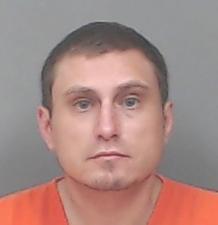