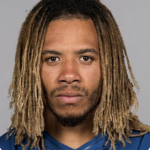 INDIANAPOLIS — A previously deported citizen of Guatemala, who was arrested this month for being involved in a fatal car accident that killed an NFL player and another man, was federally charged with illegally re-entering the U.S. after having been deported, which is a felony.

According to the criminal complaint, Manuel Orrego-Zavala, aka Manuel Orrego-Savala, 37, was arrested Feb. 4, 2018, by law enforcement in Indianapolis for being involved in a fatal accident on Interstate Highway 70.  Reportedly, Orrego-Zavala was allegedly driving a pickup truck and under the influence when he struck and killed Indianapolis Colts linebacker Edwin Jackson and his Uber driver, Jeffrey Monroe, as they stood along Interstate 70 in Indianapolis. He allegedly fled the scene but was soon caught, and lied about his real name to law enforcement.

At the time of his arrest, Orrego-Zavala provided law enforcement authorities with the alias, “Alex G. Cabrera.” But officers with U.S. Immigration and Custom Enforcement (ICE) soon learned — through cooperation and information sharing with the Indianapolis Metro Police Department — his true identity was Manuel Orrego-Zavala, a citizen of Guatemala.

The complaint further states Orrego-Zavala was arrested by deportation officers with ICE Enforcement and Removal Operations (ERO) in October 2006, and removed from the U.S. to Guatemala in January 2007. Upon his removal, Orrego-Zavala was prohibited from legally re-entering the U.S. for 10 years.

In March 2009, he was again arrested by ERO. In May 2009, he was removed to Guatemala and prohibited from legally re-entering the U.S. for 20 years.

Orrego-Zavala will remain in custody while the case is investigated by Indiana State Police and Marion County (Indiana) Prosecutor’s Office.

The immigration charges will remain pending until the state concludes its criminal charges.

According to Assistant U.S. Attorney William McCoskey, Southern District of Indiana, who is prosecuting this illegal re-entry case, Orrego-Zavala faces up to 10 years of imprisonment, if convicted.

President Trump weighed in on the tragedy, saying, “So disgraceful that a person illegally in our country killed Colts linebacker Edwin Jackson. This is just one of many such preventable tragedies.” 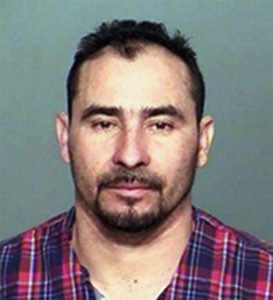