According to records, on December 14th, Charles City police officers responded to the 600 block of North Johnson Street for a report of domestic abuse. Police said a male subject had fled the scene prior to their arrival. After an investigation, police filed a felony domestic abuse assault involving strangulation charge against 29-year-old Chad Oltman Bouillon of Charles City. Police caught up with Bouillon the next day near the 1400 block of Gilbert Street and placed him under arrest. He was taken to the Floyd County Jail where he was held until December 16th, when Bard Bouillon posted a $500 bond for his release.

A charge of felony domestic assault involving strangulation against Chad Bouillon was dismissed in October. That crime was alleged to have occurred on August 18, 2013, when Charles City police officers took a report of an assault that took place in the 1200 block of D Street. Police caught up with Bouillon in the 600 block of North Johnson Street and placed him under arrest. He was released from jail on his own recognizance the next day. Days later, on August 27th, 2013, the victim in the case requested that a court-imposed no-contact order be lifted.

At this time, Bouillon is awaiting a January 23, 2014 court date on a charge of aggravated misdemeanor third degree theft. He has plead not guilty. 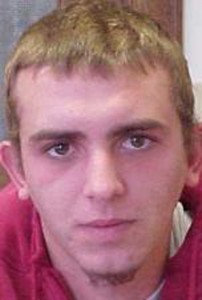