Iowa man who stormed US Capital during Trump’s attempt to overthrow election loss to Biden on January 6, 2021, guilty of 12 crimes 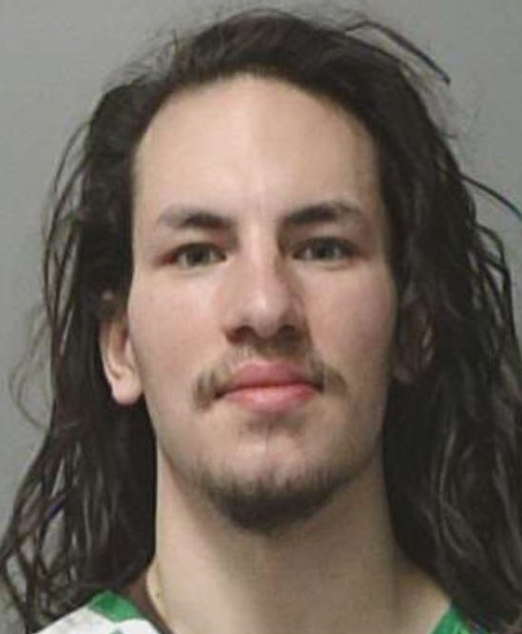 WASHINGTON – An Iowa man was found guilty in the District of Columbia of all 12 charges against him, including six felonies, for his actions during the Jan. 6, 2021, Capitol breach.

WASHINGTON – An Iowa man was found guilty in the District of Columbia of all 12 charges against him, including six felonies, for his actions during the Jan. 6, 2021, Capitol breach. His actions and the actions of others disrupted a joint session of the U.S. Congress convened to ascertain and count the electoral votes related to the presidential election.

Salvador Sandoval, Jr. (Sandoval), 25, of Ankeny, Iowa, was found guilty of four counts of assaulting, resisting, or impeding certain officers for assaulting Metropolitan Police Department (MPD) officers; one count of obstruction of an official proceeding; one count of civil disorder; and the following misdemeanors: entering and remaining in a restricted building or grounds; disorderly and disruptive conduct in a restricted building or grounds; engaging in physical violence in a restricted building or grounds; disorderly conduct in a Capitol building; act of physical violence in the Capitol grounds or building; and parading demonstrating, or picketing in a Capitol building. The verdict followed a bench trial, yesterday, before U.S. District Judge Thomas Hogan.

Judge Hogan scheduled sentencing for April 25, 2023. The government requested the defendant be immediately remanded and, after a detention hearing today, the defendant was taken into custody.

According to the government’s evidence, Sandoval and his mother, Deborah, were present at the U.S. Capitol on January 6, 2021. Sandoval is seen on video stating “We’re at the State Capitol, or the U.S. Capitol.” In a second video clip, Sandoval states, “Got pepper sprayed in the face and mouth…Got out cause I needed a break, and there’s still people inside.” The video then pans to the US Capitol Building where dozens of individuals are draped in Trump flags and chanting “USA, USA, USA!” in front of the Rotunda entrance. In surveillance video from inside the US Capitol building itself, Sandoval is seen inside the Capitol engaging in the assaulting of law enforcement officers, by pushing law enforcement officers who are clearly identified as Metropolitan Police Officers via insignias on their jackets and helmets. Sandoval and other rioters also grabbed the police shield of two additional Metropolitan Police Officers, attempting to pull the shield away from the officers. Sandoval and the other rioters were successful in prying a police shield free from one of the officer’s grasp.

The case is being prosecuted by the U.S. Attorney’s Office for the District of Columbia. Valuable assistance was provided by the Southern District of Iowa, and the Department of Justice’s Criminal Division.

The case was investigated by the FBI’s Omaha Field Office and Washington Field Office. Valuable assistance was provided by the U.S. Capitol Police, and the Metropolitan Police Department.

In the 23 months since Jan. 6, 2021, close to 900 individuals have been arrested in nearly all 50 states for crimes related to the breach of the U.S. Capitol, including over 275 individuals charged with assaulting or impeding law enforcement. The investigation remains ongoing.