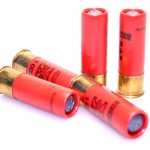 Walter Freeman, 47, of Winfield, was struck in the abdomen by a deer slug believed to have been fired by another member of his hunting party shortly after 2 p.m. northeast of Winfield. He was transported by helicopter to University of Iowa hospitals where he was undergoing surgery Sunday evening for internal injuries.

Travis E. Myers, 28, of Dundee, was in a group of 11 hunters pushing deer on private property approximately one mile northeast of Backbone State Park in Delaware County when he was struck a deer slug in the upper right shoulder by shot fired from another member of the hunting party shortly after 8 a.m. He was transported to Manchester Regional Medical Center in Manchester where he was expected to be treated and released for a flesh wound.

Both incidents remain under investigation by conservation officers for the Iowa Department of Natural Resources.

Both of the incidents Sunday occurred when shots were being taken at moving deer, said Megan Wisecup who coordinates hunter safety programs for the DNR.

“It is especially important from a safety standpoint while party hunting for deer that people plan their hunt and hunt their plan so everyone is where they should be at all times,” said Wisecup.

Hunters should also be sure to identify the target and what is beyond it and avoid target fixation and shooting at running deer, said Wisecup.

“Wait until you have a clear shot with a safe backstop before pulling the trigger. Know where members of your hunting party are at, at all times,” said Wisecup.