This news story was published on August 30, 2015.
Advertise on NIT • Subscribe to NIT 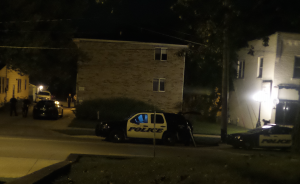 MASON CITY – A wanted man hunkered down in a Cultural Crescent apartment house and refused to come out for police early Sunday.

There was more trouble in the Cultural Crescent this weekend as 32-year-old William Thomas Hester fled police and made his may to an apartment house owned by council woman Jean Marinos, located at 602 East State Street. Hester was sought on warrants for failing to pay child support, and made matters worse for himself by refusing to comply with police demands to surrender. 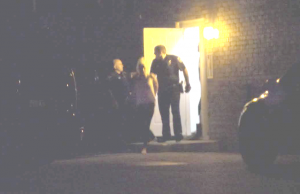 Several police cars stayed at the scene on State Street – just a few yards from Mayor Eric Bookmeyer’s house – as they came and went to deal with other hot spots in town. It was said that police were seeking approval to  go in and get Hester.

Finally, after 1 AM Sunday, police were able to take Hester into custody. He was brought out in cuffs, along with a woman, 18-year-old Nicole Eljean Krueger. Hester was arrested on the warrant and then also charged with interference with official acts. Krueger is facing a charge of accessory after the fact; she pled guilty to assault and received a deferred judgement for criminal mischief last month. Both were jailed and remained incarcerated on bond Sunday.

Ironically, this couple went through a similar episode in early June, where police searched for, located, and arrested them.  Cerro Gordo deputies assisted Mason City police in taking the pair into custody. 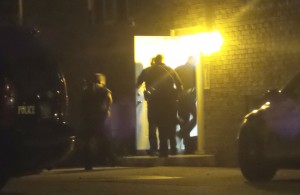 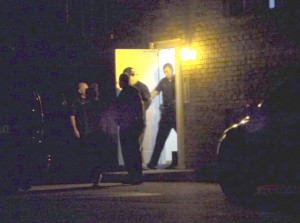 Caught by police: Hester is taken out of Jean Marinos’ apartment house 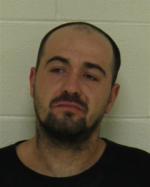 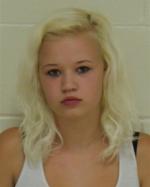