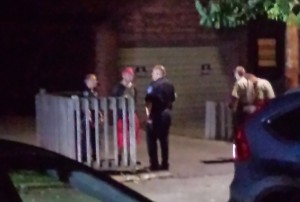 MASON CITY – There was a ruckus in the Cultural Crescent Thursday night, ending with the arrest of a convicted Mason City meth dealer for an assault.

Thursday evening at about 9:13 PM, Mason City police said that “a disagreement” between two males was reported at State Street and Connecticut Avenue in the beloved Cultural Crescent, not far from the precious Egloff House.  The complainant in that incident declined to press charges, police said.

However, the apparent disagreement wasn’t over.

Police investigated and arrived at an alley near the police department, off of 1st Street west of Connecticut Avenue.  According to neighbors, there were a number of men in the alley, shouting obscenities at each other; some of the men claimed they were looking for their lost dog.  Neighbors say that in their opinions, a lot of the on-going trouble there stems from rental apartments in that alley owned by council woman Jean Marinos.  It was said that there is a lot of suspicious activity in the area these days, with “shady characters” coming and going at all hours of the day and night.

“They’re not from here, the neighborhood’s not going to hell!” one officer proclaimed at the scene.

As police arrived, Cerro Gordo deputies joined them and blocked off the alley.  Statements were taken and one man was detained and questioned.  Jonathin Ray Wheeler, age 29 of Mason City was at the scene.  The convicted meth dealer told officers he had a “cell phone contract” when they asked him for identification.

Wheeler – who is sometimes incarcerated in the Beje Clark halfway house – was taken to jail on a charge of aggravated assault. 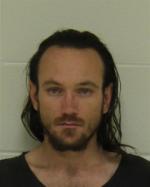 Posted by NorthIowaToday.com on Friday, August 28, 2015 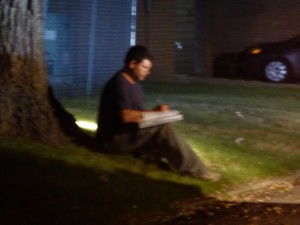 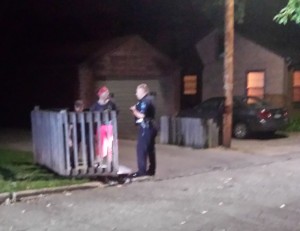 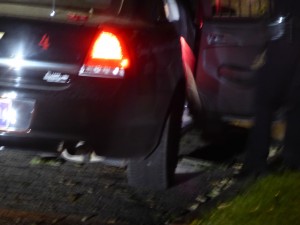 Wheeler is loaded into squad car