MASON CITY – A Mason City man who allegedly told a woman he would go to his car to get a gun to shoot her has pleaded guilty to first degree harassment and was sent to jail.

Nick Alan Moser, age 21, pled guilty to first degree harassment in connection to an incident that took place in a public parking lot next to city hall in Mason City on September 16. Moser was accused by Mason City police of threatening a woman in front of witnesses, telling her that he was going to retrieve a gun from his car and shoot her. Moser also pleaded guilty to third degree harassment in connection to an incident on September 4. A felony stalking charge was dismissed. He was sent to jail for 30 days, placed on two years of probation and ordered to pay $783.50 in court costs.

Moser was also caught by police causing trouble in downtown Mason City during Ragbrai and later pled guilty to public intoxication and interference with official acts.

Moser was found guilty of third degree harassment on May 28, 2014. A second harassment charge was dismissed. Moser was sentenced to two days in jail and assessed $111.65 in court costs and other fees. 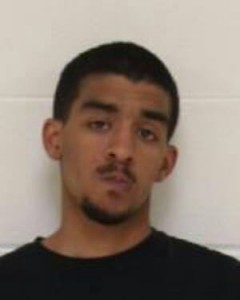