MASON CITY – A Mason City man who lost his appeal on a second offense drunk driving conviction is now serving his sentence.

Michael Leer, age 42, was found guilty of OWI, second offense in 2012 in Cerro Gordo district court and was sentenced to two years in prison, with all but 7 days suspended. He was also ordered to pay $3,630.75 in fines and court fees. Leer is now in the Cerro Gordo County Jail serving out the rest of his 7 day sentence.

Leer had earlier appealed his drunk driving conviction, claiming that the district court erred by finding a breath test was offered or made available to him within two hours after refusing a preliminary breath test (PBT). The Iowa Court of Appeals found that there is substantial evidence in the record to support the court’s findings that the test was offered to Leer within two hours and affirmed the decision of the district court denying Leer’s motion to suppress the results of his breath test.

According to court records, on January 1, 2012, at about 3:00 a.m., a Mason City police officer stopped a vehicle driven by Leer. Another officer also appeared at the scene. Leer was observed to have watery, bloodshot eyes, a strong odor of alcoholic beverages, and he “admitted he had drunk a few beers.” Leer refused a PBT. One dashboard camera recorded the time of refusal as 3:08:03 a.m. and another dashboard camera recorded the time as 3:09:26 a.m. Officer Kemna called in the refusal to computer-aided dispatch, which recorded the time as 3:15 a.m.

Leer was arrested and taken to the police station. After he made several telephone calls, a police officer read him the implied consent advisory. The officer gave Leer a written request for a breath sample. Officer Stiles looked at his wristwatch and saw the time of the request was 5:05 a.m. Leer signed the consent form. The officer testified that about ten or fifteen seconds later he activated the DataMaster. A printout of the DataMaster shows it was activated at 5:16:31 a.m. Leer provided a breath sample which showed his blood alcohol level was .129. Leer was arrested and charged with operating while intoxicated (OWI), second offense.

Leer was first charged with operating while intoxicated in 1996 in Cerro Gordo county. He was charged again in 2008 in Bremer county. 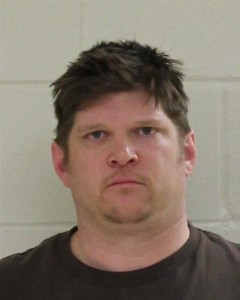