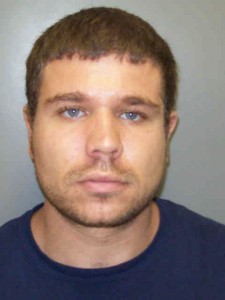 DES MOINES – State officials have declared that no charges will be filed in a case where an Iowa police officer chased a man thought to be slashing tires to his parent’s house, entered the house and shot him dead.

On August 14, 2014, the Lee County Attorney’s Office referred the investigation into the death of Ryan Swearingen to the Iowa Attorney General’s Office Area Prosecutions Division to make a determination concerning the actions of the officer involved. Ryan Swearingen was shot and killed by a Fort Madison police officer on August 3, 2014. The Lee County Attorney’s Office made the referral due to a potential conflict of interest.

In this incident, on August 3, 2014, at approximately 1:45 AM, the Fort Madison Police Department took a report of a person in the 1400 block of Avenue E. The male subject, later identified as Ryan J. Swearingen, age 29, was observed with a knife and slashing tires on multiple vehicles parked in the alley between the 1400 block of Ave E and Ave D. Fort Madison Police responded to the area and located Swearingen who led police on a foot chase to 1527 Ave E, where Swearingen’s parents live. Officers made entry into the home and were encountered by Swearingen. Swearingen exited a closet and brandished a knife. Swearingen was shot by an officer and was pronounced dead at the Fort Madison Community Hospital.

Following this incident, the Iowa Division of Criminal Investigation conducted a thorough investigation of the death of Ryan Swearingen. The reports, recorded interviews and other documentation have been reviewed prior to making the final decision in this case.

At the time of his death, Ryan Swearingen was 29 years of age. He resided in Clinton, IA, and was visiting his parent’s home located at 1527 Avenue E in Fort Madison on August 2 and 3, 2014. Ryan Swearingen was the father to three children who are in the primary custody of their mother, Jamie Jenkins. Swearingen had a lengthy criminal history which included multiple burglary charges, operating without owner’s consent, multiple controlled substance charges, interference with official acts, public intoxication and multiple driving offenses. It is reported that Swearingen had a successful substance abuse treatment history, however, no documentation has been reviewed relating to that subject.

On August 2 and 3, 2014, Ryan Swearingen was at his parent’s home in Fort Madison, Iowa. He had been transported to Fort Madison from Clinton earlier that day by his mother Rhonda Swearingen. That evening, a family cookout took place at the Swearingen home. Present were Ryan, his parents, Rhonda and Ivan, his sister Jodie and her boyfriend Mark Gerst and Ryan’s three minor children. During the evening, Ryan consumed alcohol and marijuana. At approximately 1:00 AM all had gone to bed except Ryan. The last persons to see Ryan prior to going to bed reported that nothing seemed out of the ordinary. They also reported that Ryan was wearing a white t-shirt and black shorts.

For an unknown reason shortly after 1:00 AM, Ryan left his parent’s residence and proceeded to an area surrounding the 1400 and 1500 block of Avenue E in Fort Madison. At approximately 1:30 AM, Mendy Lemoyne who resides at 1429 Avenue E, Ft. Madison, with Fort Madison police officer Jamie Carle observed Ryan Swearingen in the rear of her residence armed with a knife and puncturing tires on vehicles parked in the area. At the time she was on the phone with Officer Carle who was on duty but on his dinner break. Lemoyne relayed to Carle that a person dressed in a white shirt and black shorts was armed with a knife outside their home puncturing tires on vehicles. Carle rushed to the area where he also observed Ryan Swearingen armed with a knife and puncturing tires. Carle gave chase to Ryan and pursued him down an alleyway. Carle repeatedly told Ryan to stop without success.

During the pursuit, Carle observed two knives in the back pocket of Ryan. Carle briefly lost sight of Ryan but pursued him to the rear of the residence at 1527 Avenue E. Ryan entered the residence through a back door into a laundry room and immediately locked the door behind him. At this time other officers proceeded to the Swearingen residence. Carle, along with Fort Madison Officers Judd and Hartman proceeded to the back door of 1527 Avenue E. Fort Madison officers Smajlovic and Riggs proceeded to the front door. While at the rear door Officer Judd observed Ryan in the corner of the laundry room just to the right of the rear door. In Ryan’s hand were two or possibly three knives. Ryan refused to allow the officers to enter the residence. At this time Ivan Swearingen came to the rear door. He asked if officers had a search warrant and would not open the door. Officers broke the window of the door and entered the residence. At the time of entry Ivan and Rhonda Swearingen were in the kitchen area of the home which is directly adjacent to the laundry room. In the meantime, Officers Smajlovic and Riggs entered the front door of the residence and proceeded to the kitchen area. While officers were making their entry Ryan left the laundry room and was not visible to officers. Once officers made entry into the laundry room they observed a closet door directly to the right of their position that was slightly open. No light was on in the closet. Officer Judd drew his service weapon and had it in his left hand. Officer Judd put his hand on the door and began to open it. As he did so Ryan came out of the closet with a knife in his hand holding it in a threatening manner near or above his right shoulder. As Ryan came out of the closet in the manner described Officer Judd fired three shots at Ryan. Ryan fell immediately to the ground. Just after Officer Judd shot Ryan a green handled knife was observed under Ryan’s left arm by Officer Riggs who was intending to start lifesaving measures. For safety reasons the knife was removed and placed on a washer in the room. Officers called immediately for an ambulance. Ryan was transported to a local hospital where he was pronounced dead. A search of the closet area where Ryan had been located just prior to being shot was conducted. Two additional knives were found.

A subsequent autopsy of Ryan Swearingen was conducted by Dr. Michele Catellier of the Iowa State Medical Examiner’s Office. Dr. Catellier was able to determine that three bullets struck Ryan’s body. An entry wound was found on the left upper arm which exited and re-entered the torso. The bullet that re-entered the torso also struck Ryan’s heart which was fatal. Another bullet entered the left shoulder blade. A third bullet wound entered the left wrist and impacted into the buttocks and exited. The manner of death was ruled a homicide. Subsequent toxicology of body fluids taken at Ryan’s autopsy revealed a BAC of .170 and a level of THC indicating marijuana use.

Based on the review of the case with the Iowa Division of Criminal Investigation and a full review of the facts and circumstances surrounding the death of Ryan Swearingen and the actions of the officer in firing his weapon, it is determined that the officer was legally justified under the laws of the State of Iowa in using deadly force and no criminal charges are supported by the evidence. The actions of the officer were objectively reasonable under the circumstances for the following reasons.

1. Officers had an obligation to engage Ryan Swearingen based upon the report made to them by LeMoyne. A failure to contact Swearingen could have resulted in further harm to property or physical harm to other persons.
2. Officers made an attempt to stop Ryan before he entered any residence. However, Ryan refused to comply with the commands of Officer Carle and fled the area armed with multiple knives. Ryan committed a further offense of interference with official acts in the officer’s presence by fleeing the scene after having been observed committing the crime of criminal mischief and been given commands to stop by police.
3. Captain Carle only lost sight of Ryan for a short period of time and pursued him to the Swearingen house. Ryan further failed to respond to the officer’s demands to open the door or comply peaceably with officers. Ryan continued to possess multiple knives in the house and was behaving in a manner that created a situation of uncertainty that was threatening and dangerous for the officers and, when viewed objectively, for any occupants of the home.
4. Despite being confronted with an overwhelming show of force Ryan continued his dangerous behavior and actions towards the officers by further retreating into the home and concealing himself in a closet near the officers who were attempting to enter.
5. Officer Judd’s version of events is credible and supported by the evidence. Ryan made an aggressive and potentially deadly move toward Officer Judd with a knife in his hand. Had the officer not fired his gun he risked serious injury or death.
6. It has been suggested by some family members of Ryan that one or more of them had a direct line of sight of Officer Judd when he fired his weapon. This is not supported by their statements or the officer’s accounts. The only person to directly observe the actions of Ryan just before the shooting was Officer Judd. Other officers, as well as others in the residence, all had an obstructed view of Ryan, while he was concealed in the closet and just before he was shot.


In the instant an officer has to make a decision to shoot he must process the situation and circumstances before him in his own mind independent of other officers. The decision must be made in an instant at the time the threat is perceived. In other words there is no time to consult other officers concerning a decision to shoot or not shoot. In this particular incident, the officer was objectively reasonable in firing his weapon to neutralize the threat posed by Ryan.

The question has been raised as to whether or not officers were justified in their entry into the Swearingen home. Typically, law enforcement would need a search warrant to obtain authority to enter a third party’s home to search for a person. However, if exigent circumstances exist or officers are in “hot pursuit” of a subject who has committed a crime a warrantless entry is justified.