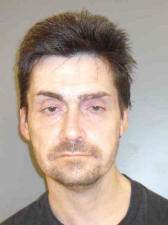 “I want to thank County Attorney Bull for taking election integrity seriously,” Schultz said. “County Attorney Bull and DCI should be commended for their hard work.”
Brian Lee Bird pled guilty to Election Misconduct in the 1st degree, a Class D felony, on May 20, 2014. Bird was convicted of registering to vote and voting in the 2012 general election while being a felon without his rights restored. Bird was sentenced to five years in prison.