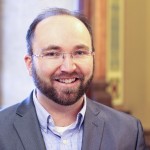 HAMPTON – The Shawn Dietz campaign for Iowa Senate has announced a meet and greet event to be held in Hampton.

Dietz is the former Mayor of Hampton, and has spent the past four years working for a locally owned and operated media company in Hampton, currently serving as Program Director. In 2008, Shawn and his family personally felt the economic collapse that gripped the nation as the glass coatings factory where he spent four years as a quality control technician closed its doors.

Raised in the Butler County community of Dumont, Shawn graduated from Hampton-Dumont High School in 2000, and received an Associate in Science Degree, majoring in Sales and Marketing from North Iowa Area Community College (NIACC) in Mason City. Shawn and his wife, Alexis continue to live in Hampton where they are raising their three children.

The Dietz for Iowa Campaign is chaired by Barbara Hovland of Mason City. The Dietz Campaign Treasurer is Chad Murray of Hampton.