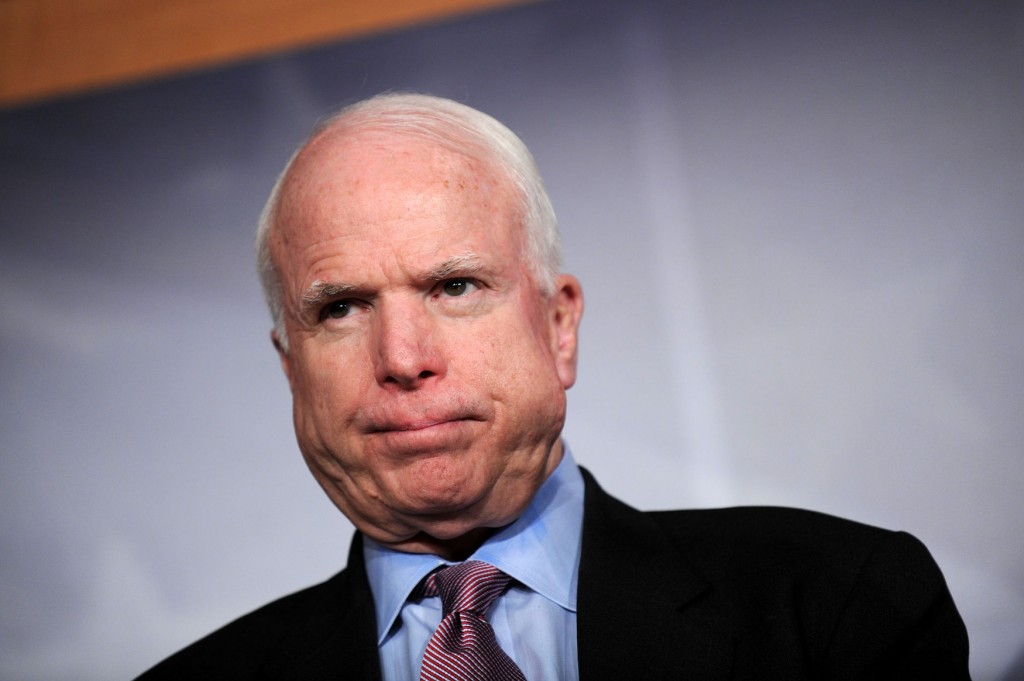 Caren Teves of Phoenix attended a McCain town hall meeting in Phoenix Wednesday, where she identified herself as the mother of Alex Teves, one of 12 people allegedly killed by James Holmes at a movie theater July 20, 2012. She asked McCain about prospects for a federal assault weapons ban, and during his response McCain said: “I can tell you right now you need some straight talk. That assault weapons ban will not pass the Congress of the United States.”

Teves said she had previously written to McCain and received in response a form letter that focused on the Dec. 14 massacre at Sandy Hook Elementary School in Newtown, Conn.

“And I just expected a little more respect from someone who’s been in office over 30 years, and his staff,” she said. “Between that and the form letter that we received, it’s just, it’s appalling.”

McCain spokesman Brian Rogers said Friday a widely circulated video of the town hall exchange was selectively edited, and does not include the first part of his response to Teves, in which he told her: “Well first of all could I say thank you, and God bless, and thank you for your service and sacrifice you’ve made. Our hearts and our prayers go out to you and your family.”

Teves’ husband, Tom Teves, told TPM he has voted Republican all his life and has supported McCain, but he will “never vote Republican again — ever.”

“The Senator owes my wife an apology — he is lucky I wasn’t there,” Tom Teves said in an email Thursday.