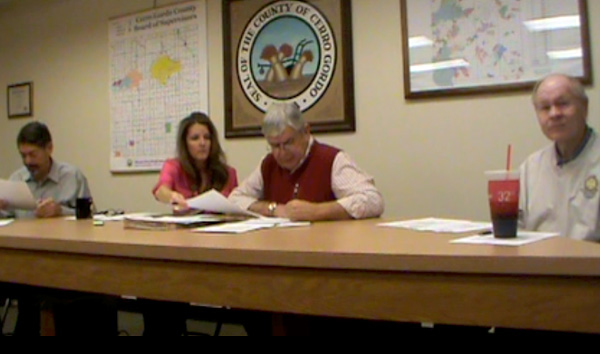 The union that represents county employees at the court house presented a collective bargaining proposal to the board this morning.  In the proposal, the union (International Union of Painters and Allied Trades Local 2003) is asking for a longevity schedule that starts at the 20th year and then every 5 years thereafter.  Thos employees that achieve that longevity would receive a .50 cent raise upon completion of each step.

The union is also requesting a 5% pay increase effective July 1 of each year of the next four years.

For road employees, the union is asking for a 5% pay increase and for  an increase in clothing and other reimbursements from the county.  The current amount allotted is $150.  The union wants that increased to $300 per year.

In other business, zoning changes were approved in various locations in the county.

County Enginner mentioned that the county is still in negotiations with Heartland Asphalt on deficient asphalt installed on a 3-mile stretch of Highway B-20.  She said final payment to Heartland for their work is being withheld at this time until the issue is resolved.

After the regular meeting, a discussion was held with Child Support Recovery on a proposed reorganization.  More details on that to come.