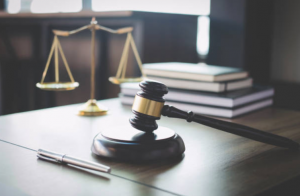 DES MOINES – The Iowa Judicial Branch has launched its first interactive court forms for self-represented Spanish speakers, Divorcio sin Hijos (divorce with no children). Iowa Interactive Court Forms are free, easy-to-use interviews for preparing Iowa court forms. The interviews use a question and answer format to gather information, identify needed forms, and complete the approved forms for users. For Divorcio sin Hijos, the interview and instructions for printing, signing, and filing the forms with the court are in Spanish.

Each interview includes helpful information in plain language and works on any smartphone, tablet, or computer. Users can save their answers and complete the interview at a later time.

In January 2020, the branch released its first set of interactive court forms: the English version of divorces with no minor or dependent adult children. Since then, the judicial branch has created interactive court forms for name changes, fee waivers, and small claims. The online interviews are available on the Iowa Judicial Branch website at https://www.iowacourts.gov/for-the-public/representing-yourself/iowa-interactive-court-forms/.

The Iowa Access to Justice Commission recommended that the judicial branch develop interactive court forms as an innovative way to promote access to justice for individuals who cannot afford legal counsel or who choose to represent themselves in civil cases. The commission is exploring ways to best serve unrepresented Iowans with difficulties accessing the Iowa justice system.