Wilhelm to seek re-election to the Iowa State Senate 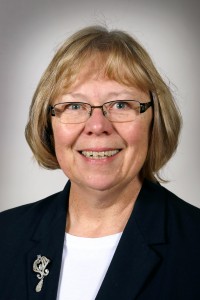 CRESCO – State Senator Mary Jo Wilhelm of Cresco announced today that she is running for re-election to the Iowa State Senate in 2016.

Wilhelm is running in Senate District 26, which includes all of Worth, Mitchell, Floyd, Howard and Chickasaw counties, and part of Cerro Gordo and Winneshiek counties.

“I listen to my constituents and I work hard at the Capitol to get results and improve the quality of life for middle class families across North Iowa.”

Wilhelm pointed to several recent accomplishments by the Legislature, including:

* Providing incentives to boost production of renewable energy, which results in creating jobs in Iowa that won’t be exported to another state or country.

* Approving the largest tax-cut in the state’s history by reducing taxes on all businesses — and helping small businesses the most — without shifting the burden to residential property owners.

* Holding down tuition costs at our community colleges so workers can get the training they need for 21st century jobs.

Wilhelm is Co-Chair of the Agriculture and Natural Resources Appropriations Subcommittee; and serves on the Appropriations, Local Government, Economic Growth, Education, and Human Resources committees.

Wilhelm and her husband, Michael, have been married for 32 years. Michael works at the Donaldson Co. factory in Cresco. They have two sons: Ben lives in Iowa City and Alex lives in Decorah.

Wilhelm previously served 12 years on the Howard County Board of Supervisors, and she owns and operates a real estate appraisal business.

Wilhelm said her campaign will continue to focus on talking personally with as many voters as possible.

“I believe that to properly represent your constituents, you need to listen to them. That’s why I encourage anyone to call me anytime at my home, (563) 547-4156, or email me at mjwilhelm414@msn.com.”