MASON CITY – Police worked to take an alleged drunk driver in a dangerous situation into custody this weekend.

Police said that Saturday morning at abut 12:45 AM a vehicle was discovered lodged in a snowbank inside the median at the 3000 block of 4th Street SW in Mason City (near Papa’s restaurant).

A source disclosed to NIT that a woman, 26-year-old Allison Luella Jackson of Mason City, was inside the stopped vehicle and she was passed out, with the car in drive and her foot on the brake. The deputy, our source said, took measures to gain access to the car and place the vehicle in park.

An ambulance was called to check on Jackson’s condition, and she was then taken to the Cerro Gordo County Jail and booked at about 2:24 AM. Fourteen minutes later, at 2:38 AM the only breathalyzer test administered on that date to a female was given (not necessarily to Jackson) and the result of test 1 was 0.222 and the result of test 2 was 0.221.

Jackson was charged with second offense operating while under the influence and failure to maintain control. 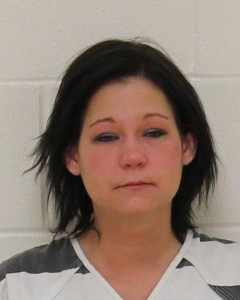